Americans Can Soon Get Hearing Aids Without Seeing a Doctor


Americans will be able to buy hearing aids later this year without seeing a doctor or receiving a medical examination.

The U.S. Food and Drug Administration (FDA) has approved a new class of hearing aid devices. They do not require a medical exam or a prescription. The devices will be sold online and in stores.

The devices are designed for adults with mild to moderate hearing problems. The FDA estimates that the hearing aids could help nearly 30 million adults in the United States. Only about one-fifth of people with hearing problems use the devices currently. 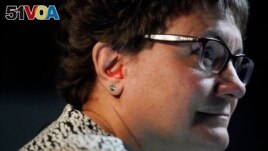 The FDA first proposed the rule change for hearing aids last year. The new rules will take effect in the middle of October. The move follows years of pressure from medical experts and others to make the devices less costly and easier to get.

Cost is a barrier right now. Americans can pay more than $5,000 for hearing aids. The cost is for the device itself and fitting services. Private insurance coverage is also limited for the devices. And government insurance for older people, known as Medicare, does not pay for them. Medicare only pays for hearing tests.

"The requirement to see a specialist was not only a burden and an annoyance for many consumers but it actually created a competitive a barrier to entry," said Brian Deese, a White House economic adviser. Deese added that the government estimates that Americans could save as much as $2,800 for a set of hearing aids if they want to buy them.

The new ruling will only help people with mild and moderate hearing problems. Those with severe hearing loss still need to visit medical doctors and health specialists for examinations and fittings.

Some consumer electronics companies have produced low-cost "personal sound amplification" devices for years. But they are not supervised by the FDA. And they cannot be marketed as hearing aids. The new rule states clearly that those devices are not FDA-approved hearing aids.

prescription –n. a written message from a doctor that officially tells someone to use a medicine or a treatment

mild –v. not bad or severe

milestone –n. an important point in the progress or development of something

accessible –adj. able to be used or gotten

insurance –n. an agreement in which a person makes regular payments to a company and the company promises to pay money if the person gets sick or dies, or if they lose the use of covered property

burden –n. something that is difficult to deal with

annoyance –n. a feeling of being a little angry or bothered about something