Update Required To play the media you will need to either update your browser to a recent version or update your Flash plugin.
By Kelly Jean Kelly
10 September, 2017

Today we are talking about Warren Harding. He was the 29th president of the United States. 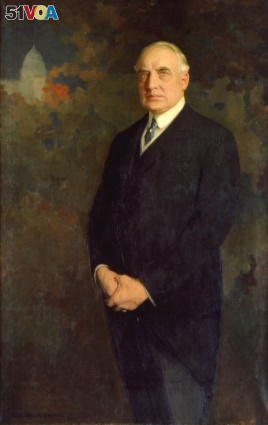 Harding was very different from the 28th president, Woodrow Wilson.

Yet both men were popular during their years in office.

Today, however, historians usually think of Wilson as one of America's best presidents. But Harding is remembered as one of the worst.

Warren Harding was the eighth president from the state of Ohio. His parents were both doctors.

Harding spoke about having a happy childhood, growing up on a farm with his brothers and sisters. Some of his favorite early activities were performing in a band.

Later, Harding – along with two friends – bought a newspaper. The paper became successful for several reasons.

Harding was kind to his employees and shared the company's profits with them. He also tried not to publish stories that criticized politics or politicians from any party. Finally, he married a woman who had an excellent head for business. 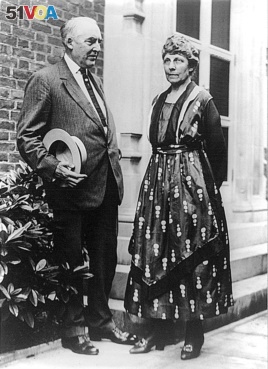 Florence Harding, pictured here with the president, was married briefly before and had a son. She and Warren Harding did not have any children together.

In time, Warren Harding became a state senator, a lieutenant governor of Ohio, and then a member of the U.S. Senate. He especially liked being a senator – and many of the other lawmakers liked him.

One reason is because Harding rarely took a controversial position on any issue.

Instead, he accepted most of the ideas of the Republican Party. He was also good-looking and had an excellent speaking voice.

These qualities helped earn him the Republican presidential nomination in 1920. A few months later, he easily won the national election.

President Harding took office shortly after World War I ended. He promised to make Americans feel calm again, and also improve the nation's prosperity. Two of Harding's goals were to support business and to limit immigration.

He succeeded on both issues. His administration reduced taxes for big businesses and wealthy people. It also increased tariffs -- taxes on foreign imports.

Harding also took steps to improve the effectiveness of the federal government.

But his administration is remembered mostly for its problems.

At the beginning of his term, Harding reportedly told friends that the job of being president was too much for him. He appeared to want to do well, and he worked hard. But he turned over most of the responsibility to his friends in the cabinet.

A few were very able. But some were dishonest. They abused their positions to gain wealth for themselves and their families.

One of the most famous examples of corruption during Harding's administration is known as the Teapot Dome Scandal.

The name "Teapot Dome" comes from a rock in the state of Wyoming. The rock looked like a teapot. Scientists correctly believed that oil could be found in the ground underneath it.

At the time, the U.S. navy depended on oil to fuel its ships. So, the federal government claimed the land in case the navy needed to use the oil in an emergency.

But a cabinet official who was a friend of Harding took control of the land. He gave a private company permission to search for oil on it in exchange for a large amount of money.

Some lawmakers became suspicious. So they opened an investigation.

In time, lawyers proved the act of corruption. Harding's friend was the first person to be found guilty of a crime while serving as a cabinet official.

But President Harding did not live to see his friend go to jail.

The investigation was just beginning when Harding took a trip to the West Coast to campaign for his policies.

Some say that Harding was also trying to escape the problems in his administration. He reportedly told one reporter that worrying about what his friends were doing kept him awake at nights.

During the trip, Harding showed signs of not being in good health. Doctors thought he could have food poisoning or pneumonia. He was taken to a hotel in San Francisco, California. For a day, he appeared to be feeling better.

He was sitting up in bed. And then suddenly, his body shook and collapsed. He died instantly.

Reports at the time differed on the cause of Harding's death. Some even said that his wife poisoned the president to protect him from being punished for the wrongdoing in his administration.

But most historians think that he had long suffered from heart failure, and was struck by a heart attack. He was 57.

Millions of Americans mourned over Warren Harding's death. They stood beside railroad tracks as his body traveled from California back to Washington, DC.

The following year, Florence Harding also died. She and her husband are buried together under a grand memorial in their hometown in Ohio.

But in the years after his death, Harding's public image worsened. More corruption scandals in his administration came to light. And some historians have criticized him for not having a clear idea about how he wanted to lead the country. 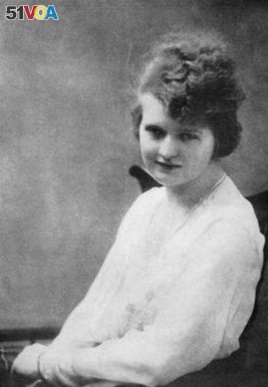 In 1927, a woman published a book saying she had a long, but secret relationship with Harding, both before and during his presidency. She also said he was the father of her daughter. Genetic testing has confirmed her claim.

More than 30 years after her book was published, a lawyer discovered love letters from Harding to a different woman. They confirmed that he had a long romantic affair with the wife of one of his friends. Harding had also been married at the time.

These reports, as well as the corruption during his administration, damaged Harding's public image. But he also seemed to know that he would not be remembered as one of the best occupants of the White House.

Instead, he tried to be likable and modest. He called himself "a man of limited talents" who was "not fit for the office" of president.

band - n. a usually small group of musicians who play popular music together

circulation - n. the average number of copies of a newspaper that are sold over a particular period

prosperity - n. the state of being successful usually by making a lot of money

grand - adj. impressive because of size or importance

talents - n. special abilities that allow someone to do something well