Update Required To play the media you will need to either update your browser to a recent version or update your Flash plugin.
By Anna Matteo
07 September, 2019

The fruit of apple trees is a popular food in many countries.

Some word experts say that no other fruit is used in more English language expressions than the apple.

For example, you can be the apple of someone's eye, meaning the most loved.

You can upset the apple cart, meaning to create disorder. If your apple didn't fall far from the tree, you are very much like your mom or dad.

And if you are compare apples and oranges you are comparing two things that are so different that any comparison is really not productive. 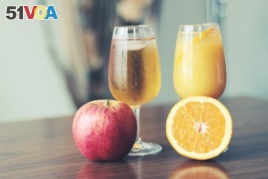 And today, we have yet another apple term. That term is apple-polisher!

To explain it, we need to go back to school.

In the United States, people have long used the apple as a sign or symbol for education. Teachers and school officials often use apples in announcements and on posters hung in classrooms and school hallways. Candidates for school board positions often put an apple on election campaign materials. And many makers of school supplies put images of apples on their products.

But why is the apple a symbol of education?

Some historians say this tradition began in the 1800s when settlers were moving to what is now the western United States.

Back then, the U.S. government did not provide money for schools in the western frontier. The early settlers were responsible for making the schoolhouses and operating them. They also had to provide housing and food for the teachers.

Students would bring teachers food from family farms. This would often include potatoes, vegetables and apples. Apples were a fairly common form of payment since they grew easily in many different climates. And they were used to make apple cider, a popular drink.

Over the years, the tradition of giving food, in this case apples, as payment changed. It became a way of welcoming a teacher on the first day of class and hopefully leaving a good impression.

Americans looked at apples as not only sweet and tasty, but really healthy. They are also colorful, more so than potatoes. So, they make a better gift.

So that is how apples became popular gifts for teachers. And giving apples to teachers became a way of trying to curry favor with them. To curry someone's favor means you try to win them over by giving them something.

You know, if you often give your teacher an apple, he or she may look kindly on you when they grade your next test. And if that apple is a beautiful, shiny one ... well, your chances of getting better treatment is increased.

And that is where the term apple-polisher comes in.

Not only does an apple-polisher bring in an apple to get better treatment from the teacher, they also keep it nice and shiny. This makes sure it will be the most beautiful apple on the teacher's desk!

The singers Bing Crosby and Connie Boswell sang about this in the 1930s song, "Apple for the Teacher."

We use this as a noun and a verb. When you apple-polish, you use gifts or say nice things to improve your situation.

We have other words that mean the same thing. We also call this type of person a kiss-up, toady or boot-licker. Another popular one is teacher's pet.

It is an apple-polisher's dream to become the teacher's pet – much to the anger of fellow classmates.

Whether in school or at work, apple-polishers at work often anger those around them.

poster – n. a usually large sheet with writing or pictures on it that is displayed as a notice, advertisement, or for decoration

impression – n. the effect or influence that something or someone has on a person's thoughts or feelings

guarantee – v. to make a promise about the condition or occurrence of something

grade – v. chiefly US : to give a grade to (a student or a student's work) : to give a rating to (something)

arithmetic – n. a branch of mathematics that deals with numbers and their addition, subtraction, multiplication, and division

Gettysburg Address – n. a three-minute address by Abraham Lincoln during the American Civil War at the dedication of a national cemetery on the site of the Battle of Gettysburg (November 19, 1863)