Are American Technology Companies Too Big?

Update Required To play the media you will need to either update your browser to a recent version or update your Flash plugin.
By John Russell
24 July, 2019


Are big technology companies too big? Are they doing enough to protect users' privacy?

Like Europe before it, the U.S. government seems ready to try to place limits on its technology giants. But doing so may be more difficult than it seems. 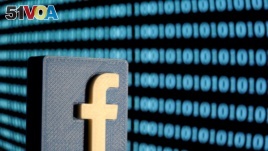 A 3-D printed Facebook logo is seen in front of displayed binary code in this illustratin, June 18, 2019. (REUTERS/Dado Ruvic/Illustration/File Photo)

Department of Justice and FTC

This week, the U.S. Department of Justice, or DOJ opened an investigation of major technology companies following months of concern expressed in Congress and elsewhere.

The investigation, which could look at companies such as Apple, Google, Facebook and Amazon, will take into account "widespread concerns" about social media, search engines and online retail services.

Also this week, the U.S. Federal Trade Commission said that Facebook Inc. will pay a record-breaking $5 billion fine to settle a government investigation into its privacy practices.

The FTC said that Facebook's data policy was deceptive to "tens of millions" of people. Under the settlement, Facebook's leaders will create an independent privacy committee.

The FTC also reportedly plans to fine Google for the way it dealt with children's information on YouTube.

Both liberal and conservative American politicians have criticized tech companies. Democratic presidential candidates, for example, have called for stricter rules and even breakups of the big tech companies.

Amazon CEO and founder Jeff Bezos says Amazon is small compared to other companies in international retail. In a recent letter to shareholders, he wrote, "There are much larger retailers in every country where we operate. And that's largely because nearly 90% of retail remains offline, in brick and mortar stores."

Facebook vice president and spokesman Nick Clegg criticized calls for breaking up the company. He said Facebook "accepts that with success comes accountability." But he argued that the government should not break up companies to enforce accountability.

The American technology industry developed without much government supervision, notes a paper published by Congressional Research Services or CRS.

Traditional American antitrust law centers on large businesses that harm consumers through price-gouging and similar acts. Many tech companies offer free products. Some, such as Amazon, also offer low prices on many goods.

This story is based on reports by the Associated Press and Reuters. John Russell adapted it for Learning English. Ashley Thompson was the editor.

innovation – n. the act or process of introducing new ideas, devices, or methods

resolve – v. to find an answer or solution to (something) : to settle or solve (something)

deceptive -- adj. intended to make someone believe something that is not true

shareholder – n. someone who owns shares in a company or business

regulation – n. an official rule or law that says how something should be done

price-gouging – n. economics a term for when a seller increases the price of goods or services in an unreasonable or unfair way