Are You in the Homeland Generation?

Update Required To play the media you will need to either update your browser to a recent version or update your Flash plugin.
By Dr. Jill Robbins
10 January, 2015


Now the VOA Learning English program Words and their Stories.

The word homeland is getting new attention in the United States.

Soon after the September 11, 2001 terrorist attacks, President George W. Bush appointed a director of the Office of Homeland Security in the White House. The next year, the U.S. Congress approved a new executive-level department called the Department of Homeland Security. This department took responsibility for parts of the country's borders, transportation system, ports and other important structures.

The dictionary tells us that a current definition of homeland refers to the country were someone was born or grew up, or a large area where a group of people can live.

Historically, the Old English word hamland meant "enclosed pasture" — a protected field for animals. The word homeland first appeared in Modern English in the 1660s. It combined the nouns "home" and "land."

But a deeper look at how the word homeland was used outside of the U.S. shows why some people are not comfortable with it. The government of South Africa used the word homeland for areas it created for only African peoples during the period of apartheid. These "homelands" separated the Africans from white citizens.

Friederike Eigler is a professor of German at Georgetown University. She said that in Germany in the late 19th and early 20th centuries, people used a similar word to homeland – heimat – to express intense national pride. 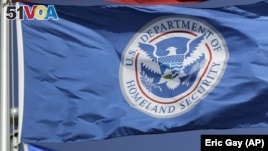 U.S. Department of Homeland Security was established after the terrorist attack on September 11.

"It became more and more a political term because it was sort of meshed up with ideas of the nation and nationalism. And then that kind of came to a head during World War II. It became very much tied up very much with notions of the German race, and the nation, nationality or national socialism, and so in that sense it got very discredited as a result in the postwar period."

In the early 2000s, when the U.S. government created the Department of Homeland Security, some objected to the name. Peggy Noonan writes for the Wall Street Journal. She thought the Bush administration should change the name. She said homeland "isn't really an American word."

James A. Bartlett blogs for The Ethical Spectacle. He thinks the problem is that the word homeland has to do with the idea of being a native. He quotes the second Merriam Webster definition of homeland: "a state or area set aside to be a state for a people of a particular national, cultural, or racial origin."

Mr. Bartlett believes the word homeland does not describe the United States well. The U.S. is a diverse country of immigrants. Are those immigrants also able to call the U.S. their homeland?

Yet an increasing number of Americans seem to like the word. Some people are proposing it as the name for the group of people born between 2005 and 2030. For instance, many voters in a 2005 web poll wanted to call the group the "Homeland Generation." The White House used the term in an October 2014 report.

Professor Eigler at Georgetown University observed that today's generation is growing up with the war on terror.

"My sense is, the larger context again is, with that term, is the importance of issues of national security in the context of the global war on terror and that larger context that is very much part of our contemporary life, and has been for quite some time. And of course, they grew up with that. It wasn't something new, but it was part of, or is part of their lives from the very beginning."

Writer Anne Boysen even titled her book about today's children "Homelanders." But she is not certain the term will stay with this generation.

And that's Words and Their Stories from VOA Learning English. I'm Christopher Cruise.

The song at the end is ‘Homeland' from Miriam Makeba's 'Homeland' album, which was nominated for a Grammy award for Best World Music Album in 2000.

What do you think we should call the generation growing up in the first 25 years of the 21st century? Write your comments and suggestions below.