Are You Too Smart for Your Own Good?

Update Required To play the media you will need to either update your browser to a recent version or update your Flash plugin.
By VOA
29 August, 2015

Today we take a look at the word "smart."

If someone says you are smart, what do they mean? Is it a good thing or something bad? The answer is not as easy as you might think.

This is because the word smart has many meanings. 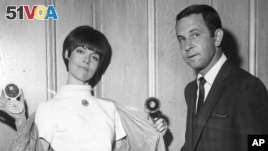 For example, someone could say you look smart or are dressed smartly. That means they like what you are wearing and your physical appearance. To use a slang expression, they could say, "You look really cool!"

But if something smarts, it can be unkind or hurtful, either physically or mentally. If you accidentally trip over a chair and fall down, you might shout, "Ow! That smarts!" Or if a friend says something that hurts your feelings, you can say you are smarting from the hurtful comments. In fact, maybe that person is no longer your friend.

If you are standing too close to a campfire, you could say your eyes are smarting from the smoke of the fire. Here the word "smarting" means a sharp pain.

But the most common meaning of smart is to be intelligent. If someone is smart as a whip, they are able to think very quickly.

However, different people have different ways of being smart. Some people are considered street smart. They may not have a strong education. But they are good at dealing with people and problems in the real world.

Other people might be book smart. This means they have spent many years in school. But they may not be so smart when dealing with people or real-world problems.

And then there is the definition of smart that means to talk or behave disrespectfully. If you say something disrespectful to your parents, they might say, "Don't get smart with me!" Here, "smart" means to show a lack of respect by saying something unkind. In fact, a child who has a smart mouth makes rude comments, not smart ones.

This definition of smart can also be used as a verb. If you smart off to the wrong people, they could hit you in the face.

And this leads to the term "Smart Aleck." If someone calls you a "Smart Aleck," it might sound like a good thing. But it's not.

Smart Alecks are people who think they are smarter than they really are. "Aleck" is the short name for Alexander. You might also see it written as "Alec" or "Alex." For a long time, word historians thought Smart Aleck was a general term, not a specific person.

However, an American researcher argued in 1985 that the expression "Smart Aleck" is actually based on a real man. Gerald Cohen used newspaper stories and other research to support his findings.

He wrote that Alec Hoag and his wife, Melinda, were thieves in New York City in the 1840s. Melinda would bring men home with a promise of sex. While she kept the men busy, Alec would enter the room through a secret door and steal their money.

Sometimes the men who were robbed would go to the police. But Alec Hoag reportedly paid police officers to help protect him and his wife.

But when he tried to cheat those officers of their money, they arrested him. They also gave him the nickname "Smart Alec," which means to be too smart for own good.

We leave you with the theme song from "Get Smart," a popular spy show that ran on television from 1965 to 1970. It was also made into a movie. The spy, Maxwell Smart, was not-so-smart but always seemed to beat the bad guys anyway.