'Beware the Ides of March'

Update Required To play the media you will need to either update your browser to a recent version or update your Flash plugin.
By VOA
14 March, 2015

People who believe in luck and bad luck -- that is to say, those considered superstitious – may think that some days or events are unlucky.

In the United States, Friday the 13 is known as an "unlucky" day by superstitious people. Another famously unlucky day for some is March 15, also known as, "The Ides of March."

First, what exactly is an "ides?" The Latin root of "ides," a singular word, means "to divide." So, the ides of any month falls in its middle. The Roman calendar set ides on the 15th in March, May, July and October or on the 13th in the other months. The ides of a month usually falls on the first day of a full moon. 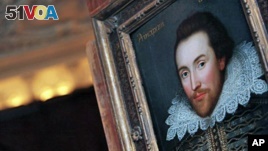 Pictured here is a portrait of The Bard, painted in 1610. It is believed to be the only surviving picture of William Shakespeare painted in his lifetime. (FILE PHOTO)

In Roman times, the Ides of March was known as a date for paying off debts. But this connection was quickly lost because of different timing between calendar months and changes in the moon's appearance. The Ides of March was also a time people celebrated Mars, the god of war.

But why do some people still use the expression, "Beware of the Ides of March"? Why do they consider it an unlucky day?

March 15 was very unlucky for one man a very long time ago. On that date in the year 44 BC Julius Caesar was killed. 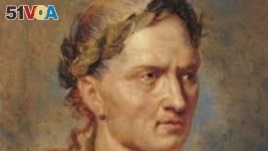 March 15 may not be unlucky for you but it was Julius Caeser.

The British playwright William Shakespeare takes this incident from Roman history and freezes it forever in literature. In Act 1, Scene 2 of "Julius Caesar," Shakespeare writes about a meeting between the dictator and a "soothsayer," someone who can predict the future.

"Beware the Ides of March," says the soothsayer.

Caesar asks, "What man is that?"

And Brutus, Caesar's loyal friend answers, "A soothsayer says to (bids you) beware the Ides of March.

Caesar does not listen to the warning. He should have. In Act III, Scene I, Shakespeare's famous line seems to show that Caesar is asking for trouble.

Caesar says to the Soothsayer, "The Ides of March are come."

The Soothsayer answers, "Aye, Caesar, but not gone."

Caesar's friend Brutus will be among the attackers who kill him on the Ides of March.

When he sees that Brutus has turned against him, he says, "Eh tu, Brutus?" This means "You too, Brutus?"

This expression is widely used in Western culture when someone is betrayed by a friend. 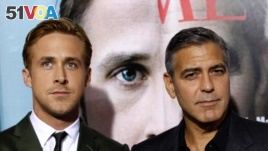 "The Ides of March" is also the name of a U.S. film made in 2011. George Clooney directed the film. He also stars in it as a promising presidential candidate.

While no one gets assassinated, "The Ides of March" is a film about a friend being disloyal to a friend in the world of politics. Often in politics, loyalty and friendship do not go hand-in-hand.

Julius Caesar learned this the hard way on the Ides of March.