Update Required To play the media you will need to either update your browser to a recent version or update your Flash plugin.
By Gregory Stachel
15 November 2021


Big Bird is a popular and beloved character from the children's television show "Sesame Street." Recently, Big Bird wrote on his official Twitter page that he had been vaccinated against COVID-19.

Big Bird wrote, "My wing is feeling a little sore, but it'll give my body an extra protective boost that keeps me and others healthy."

The COVID-19 shot just became available to children between the ages of 5 and 11.

Conservative politicians in the United States immediately pushed back.

"Sesame Street" has faced criticism in the past from conservatives who are unhappy with its connections to U.S. public broadcasting, which receives federal money.

Nearly 50 years ago, "Sesame Street" pushed children to get the measles vaccine, another infectious virus. It showed Big Bird and other children getting the shot. The move was similar to other public service campaigns that used characters on the show to teach children helpful safety tips, like looking both ways before crossing the street.

Thomas Doherty is an American Studies professor at Brandeis University. He said, "What Big Bird is doing is part of a long tradition. But what's different now, of course, is that everything is political and everything is contentious."

If something is contentious, it is likely to cause people to argue or disagree.

Doherty added, "Something that we all wanted a year ago, the vaccine, is now this matter of great contention."

Conflict between American television and American politics has been around since the 1950s. In 1952, "I Love Lucy" did not use the word "pregnant" during one show because executives thought it would cause a problem.

In the early 1990s, the show "Murphy Brown" found itself in a notable dispute during the 1992 presidential campaign. Dan Quayle, vice president to George H.W. Bush, criticized the unmarried Murphy's pregnancy as an insult of fatherhood and against American morals. 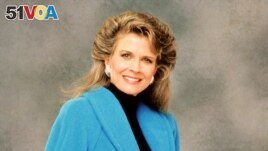 Candice Bergen is shown as the character Murphy Brown from the show "Murphy Brown" on November 10, 2004. The show ran from 1988 to 1998. The show was criticized by former Vice President Dan Quayle for showing an unmarried pregnant woman.

Robert Thompson is director of the Bleier Center for Television and Popular Culture at Syracuse University in New York. He said when there is a mass media as commanding and powerful as television, "... that's always going to be a battleground over what messages get out there."

Big Bird's message came at a time when educational messages for children are under increased criticism. Schools are experiencing criticism from parents and elected officials over how racial and social justice are taught. And education officials have faced conflicts on how they should deal with face coverings and COVID-19 testing requirements.

Some Republican lawmakers have pushed back against marketing the COVID-19 vaccine directly to minors.

In Tennessee, the state briefly stopped its vaccine outreach to children. The state's top vaccination director was dismissed. This came after Republican leaders threatened to break down the health agency over marketing efforts to get children vaccinated against COVID-19.

Tennessee's Republican-controlled state legislature later passed legislation banning some minors as young as 14 from getting the shot without parental agreement. The measure, which Republican Governor Bill Lee promised to sign this week, has only a few exceptions.

Kimberlee Kruesi reported this story for The Associated Press. Gregory Stachel adapted it for VOA Learning English. Ashley Thompson was the editor.

boost – n. an increase in amount

tip – n. a piece of advice or useful information

professor – n. a teacher especially of the highest rank at a college or university