Update Required To play the media you will need to either update your browser to a recent version or update your Flash plugin.
By Dan Friedell
04 September 2022


The government organization that controls the cost of energy in Great Britain recently increased what is known as a price cap. The price cap is the highest amount that gas suppliers can charge for a unit of energy.

The new, higher cost has people concerned that they may not be able to pay for their gas and electricity this winter. Some might pay as much as $4,188 for energy next year. Earlier this year, the price cap was at $2,320.

Why such a change? 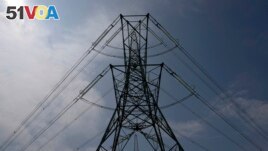 Oil and gas prices around the world have been increasing since 2021 as economies started up again after the coronavirus pandemic. More business activities required more fuel.

Then, Russia invaded Ukraine in late February, creating a new energy crisis. Russia limited the amount of natural gas it sent to European countries that needed it to power factories, produce electricity and keep homes warm.

Some energy companies are charging more because they are worried that Russia might completely stop sending gas to European countries. And in Britain, prices are up because the country does not produce much gas or have a good way to store it. As a result, Britain must purchase gas often in a market where prices are high.

Citibank, a U.S. financial company, believes the higher energy prices will cause inflation in Britain to reach 18 percent in 2023. And the Bank of England says an economic slowdown known as a recession will start later this year.

Public health and private aid organizations worry that high energy prices will cause a "catastrophe" as Britons choose between keeping their homes warm and eating enough food.

What can government do?

As prices rise, the British government plans to give people between $450 and $1,400 to help pay for energy costs. But the help is seen by many as not enough.

If the government approves more money for fuel, it will probably not come until September. That is the time the Conservative Party will select a new leader to replace Prime Minister Boris Johnson.

The Labour Party says the government should increase the amount it provides for people to pay for fuel by raising taxes on energy companies. However, the two politicians who are trying to become the next Prime Minister do not seem to support that idea.

Giovanna Speciale leads an organization called the Southeast London Community Energy group. It helps people pay their bills. She said the money will help but it is only a short-term solution to a bigger problem with Britain's energy system. Because the system is privately run, she said, "there's very little that the government can do to intervene in this."

Other European countries are seeing higher energy costs, but not as high. In France, gas prices are capped at 2021 levels. In Germany, prices are up by 38 percent since last year. However, the government is reducing some taxes, which will make it easier for the average person to buy gas. In Italy, prices are going up, but the government recently approved over $8 billion to help people pay their energy bills.

inflation–n. a continual increase in the price of goods and services

intervene –v. to become involved in something as a way to influence the outcome