Update Required To play the media you will need to either update your browser to a recent version or update your Flash plugin.
By John Russell
15 March 2021


As coronavirus restrictions ease and social distancing rules change, creative ideas and careful planning will be important for the survival of musical festivals around the world.

With plenty of outdoor space, the United Kingdom's Glyndebourne festival may be one of the luckier ones.

Founded in 1934 by John Christie and his wife Audrey Mildmay at their country home, the yearly Glyndebourne festival is now a world-class event.

Performances take place in a 1,200-seat opera house set in large gardens with a beautiful lake. Women and men enjoy putting on their nice clothes to attend. During 90-minute time periods, the crowd spreads out onto the grounds to eat food, or picnic, on the grass.

In 2020, the COVID-19 crisis forced Glyndebourne to cancel the sold-out festival and give back the money for tickets.

The rural nature of the area may have helped the festival survive. Organizers learned lessons after another crisis – a 2001 outbreak of the foot-and-mouth animal disease that hurt British farming.

With large parts of the countryside shut down to prevent the spread of the disease, the festival was under threat. It ended up going ahead, but the crisis turned out to a wake-up call - something that warns people of a problem or danger. Since that time, Glyndebourne has put efforts into building up savings.

That money helped the festival get through 2020. It will also allow the organization to make some financial plans for 2021, said Glyndebourne's director, Sarah Hopwood.

"We are going to be drawing on reserves to make this happen," she said. "It's about people. It's about keeping our staff employed, it's about providing work ... and it's about engaging with our audiences."

Engage means to get or keep someone's attention or interest. 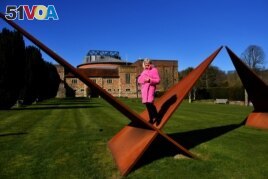 For now, 600 tickets per performance, or about 50 percent of the amount the event can hold, will go on sale. Officials decided this would permit enough social distancing to hold a safe event.

Hopwood said more tickets would be released for sale later if government rules permitted. The festival runs from May 20 to August 29.

Rehearsals, events where people prepare to perform, are particularly difficult. In normal years, up to five companies, or about 1,000 people, would arrive at the same time before the festival. Performers coming from abroad would stay in local housing.

This year, rehearsals have to be spaced out. Performers based in other countries face quarantine and must take COVID-19 tests.

"There will be bumps along the way, and we will be ready to adapt as we have to," said Hopwood.

Adapt means to change one's behavior so that it is easier to live or work.

This year's festival will have works by Wagner, Mozart, and three new productions of operas by Janacek, Rossini and Verdi.

Social distancing will be in force during rehearsals, but the restrictions might be eased by the time performances take place. Directors and performers are preparing for several different situations, Hopwood said.

"We may have productions going from a fully socially distanced rehearsal room onto stage where suddenly people are allowed to embrace."

Estelle Shirbon reported on this story for Reuters. John Russell adapted it for Learning English. Bryan Lynn was the editor.

ticket – n. a piece of paper that allows you to see a show, participate in an event, travel on a vehicle, etc.

embrace – v. to hold someone in your arms as a way of expressing love or friendship