Update Required To play the media you will need to either update your browser to a recent version or update your Flash plugin.
By Jim Dresbach
24 March, 2016


A businessman from China pleaded guilty Wednesday to hacking into the computer systems of American businesses.

Su Bin, also known as Stephen Su, faces a maximum five-year prison sentence for conspiring with two others. They were found guilty of illegally taking information from American firms that do business with the U.S. government.

Su was accused of hacking into major businesses including Boeing Company and Lockheed Martin, according to the U.S. Department of Justice. 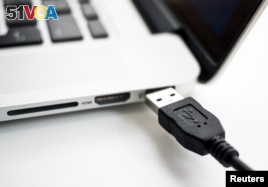 A Chinese businessman aided by two soldiers in China walked off with American military information on state-of-the-art aircraft between 2008 and 2014.

Su was arrested in Canada in 2014. He owned his own aviation technology firm that had an office in Canada, the FBI said. Su agreed to be extradited, according to the Justice Department.

Chinese officials said the "Chinese government organizations and the military oppose and have never participated in any form of Internet hacking activity."

Cybersecurity is a source of conflict between China and the United States, the Associated Press reported. American companies have lost billions of dollars in sales and in cyber repairs because of hacking.

Sentencing for Su is set for July 13 in Los Angeles.

Jim Dresbach adapted this story from Reuters for Learning English. Kathleen Struck was the editor.

pleaded – v. to say in court that you are either guilty or not guilty of a crime

hack – v. to secretly get access to the files on a computer or network in order to get information

conspiring – v. to secretly plan with someone to do something that is harmful or illegal

extradited – v. to send a person who has been accused of a crime to another state or country for trial

cybersecurity – n. the state of being protected against the criminal or harmful use of electronic data