Update Required To play the media you will need to either update your browser to a recent version or update your Flash plugin.
By Pete Musto
23 September, 2017


Now more than ever, higher education is one of the most important tools many people have as they seek a bright economic future.

The Georgetown University Center on Education and the Workforce studies the relationship between education and employment. In 2014, the center released a report on the future of the United States job market. It found that by the year 2020, 65 percent of all U.S. jobs will require workers to have some kind of education or training after they finish high school. 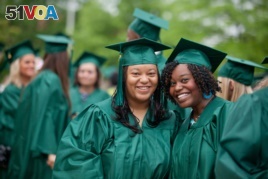 But the Department of Education reports that younger Americans often have difficulty meeting that requirement. It reported that in 2015, only about 42 percent of people between 18 and 24 years of age were in a postsecondary degree study program. Also, only about 60 percent of college students who started a four-year degree program in 2008 completed its requirements within six years.

So how might the United States better educate its population? Some experts believe community college is the answer.

Community colleges have long been the way for Americans facing economic or other barriers to get a college education. In 1947, the U.S. government called on states to each create their own system of public, two-year institutions to serve communities in need. These schools offer classes costing less than other colleges or universities. And they often have no academic requirements for students who attend.

Mike Krause is the executive director of the Tennessee Higher Education Commission. His group supports the expansion of higher education across the state. Krause says that many Tennesseans see any college program as something that is not doable for them.

Talk Poverty, a research group, reports that about 16 percent of Tennessee's population lives below the poverty line – the amount of money needed to pay for life's necessities. Krause argues that with college costs reaching record levels, many people have seen low-skilled jobs in fields like manufacturing as their best path forward.

"The old way of thinking was, ‘Not everybody needs to go to college,'" he told VOA. "And also, a lot of students probably counted themselves out because they said something like, ‘Well, I'm not college material because my family can't afford it.' The reality is, not being able to afford college is a lot different than not being able to succeed in college."

Krause notes that many American businesses have taken their manufacturing jobs to other countries where workers are paid less. Also, machines have replaced human laborers in some positions. So people still working in manufacturing must possess more high-level training. A working knowledge of technology is helpful now in many jobs that may not have required a four-year college degree in the past.

Krause says these changes in the American labor market began to worry Tennessee's leadership. So in 2014, they created the Tennessee Promise program. It provides recent high school graduates two years of free classes at any of the state's community or technical colleges.

The goal is to make sure 55 percent of Tennesseans have earned some form of postsecondary certification by 2025. And earlier this year, the state began offering free community college to older adults as well to help reach this goal.

Two other states, Rhode Island and Oregon, have also started offering free community college to their citizens. And a growing number of other experts say community college could be the next best way to make more Americans competitive in the modern workforce. 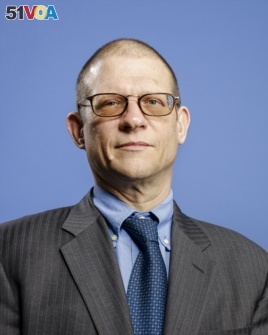 Jeff Strohl, director of research at the Georgetown University Center on Education and the Workforce

Jeff Strohl is the director of research at the Georgetown University Center on Education and the Workforce. He says during the economic recession 10 years ago, many people began to question the value of a traditional four-year degree. Families were paying more and more money for their children's education. But many recent graduates found there were fewer jobs available, especially ones that would pay well enough to cover the costs of student debt.

Economic conditions across the country have improved in recent years. But Strohl says the return on investment has never been equal for four-year degrees from every field. An engineering student, for example, will likely make far more money than a student with a degree in social work.

And Strohl says many employers have raised the issue that many four-year degree holders still lack necessary skills to join the workforce. Their degrees do not show exactly what they can do. Community colleges, on the other hand, have a history of teaching specific skills or technical training to students for a specific job, he says.

"Community colleges ... align their programs with workforce readiness, meaning their programs are purposely focused on helping somebody get ready for a job. ... They craft their programs to meet the needs of the local employers, and thereby doing, create employable graduates."

In July, the Georgetown University Center on Education and the Workforce released another report on the job market. It defined a good job as one that payed, on average, $55,000 a year. The report found that since 1991, the United States had lost about 2.8 million good jobs that did not require a four-year degree, especially in manufacturing. However, the number of skilled service jobs, which only require the kind of two-year degree one can get at community college, increased by about 4 million.

These jobs are in fields like healthcare, education and financial services. And with a two-year degree or other certification, a person can enter these fields with the training necessary to start working immediately.

Strohl notes that a four-year degree program is still the best way for students to improve their lives in the long-term. But for people who are unable to spend the time and money necessary to earn one, this is a different source for a high quality education. Also, many young people start their higher education at a community college only to move on to a traditional college once they are ready to do so.

In addition, labor lawyer Mark Hudson suggests major changes may be coming to the world of higher education. He says that as more people choose less traditional paths to education, the way schools offer their programs may change.

"Do you need a four year degree to be a computer coder? I think there's a real interesting question there, and that's why you're seeing a lot of the code schools pop up that are 14 weeks ... If you do that in 14 weeks, do you need to go for four years? You might not need to, and you still might be making just as much or more than anybody else."

postsecondary – adj. used to describe any education beyond high school

certification – n. official approval to do something professionally or legally

align – v. to change something so that it agrees with or matches something else