Does the WHO Need a New Treaty for Pandemics?

Update Required To play the media you will need to either update your browser to a recent version or update your Flash plugin.
By Mario Ritter Jr.
07 March 2022


Negotiations on new rules for dealing with pandemics have begun at the World Health Organization (WHO).

The United Nations health agency has set a target date of May 2024 for its 194-member countries to reach an agreement. The goal is to develop rules for dealing with infectious diseases that affect the world.

A new agreement is among more than 200 recommendations for improving defenses against new infectious materials. The recommendations were made in studies of the COVID-19 pandemic that has caused the deaths of more than 6.2 million people in two years. 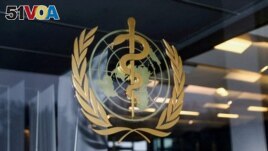 The World Health Organization logo is pictured at the entrance of the WHO building, in Geneva, Switzerland, December 20, 2021. REUTERS/Denis Balibouse//File Photo Image

An independent advisory group described the WHO as "underpowered" when COVID-19 appeared. It said the agency had limited powers to investigate outbreaks and to organize measures to limit the spread of disease.

On February 17, U.S. Treasury Secretary Janet Yellen called on the G20 economic powers to create a fund at the World Bank to help prevent global pandemics. It is among the efforts that could decide the future of the 74-year-old body.

What is the Pandemic Treaty?

The WHO already has rules known as the International Health Regulations which were last updated in 2005. The rules set out countries' responsibilities when public health events can cross borders. The rules have the force of international law. These include advising the WHO immediately of health emergencies and of measures related to trade and travel.

The updates of the current version were developed after the 2002 to 2003 SARS virus outbreak. These regulations are still considered operational for regional epidemics like the Ebola virus, but not enough for a global pandemic like COVID-19.

Suggested proposals for a new agreement include the sharing of information and genome sequences of viruses. Other proposals include rules for providing vaccines fairly.

A European Union official told Reuters the E.U. is pushing for a ban on wildlife markets. It also wants incentives for reporting of new viruses or variants.

Member states have until August to decide on an early version of the agreement which WHO director-general Tedros Adhanom Ghebreyesus supports. He is likely to be elected unopposed for a second term in May.

A new set of rules would be only the second major health agreement since the 2003 Framework Convention on Tobacco Control. It is a legally-binding treaty which aims to reduce smoking through taxation and rules on labeling and advertising.

How do countries see an updated treaty?

The E.U. proposed a new treaty and is its biggest backer, with support from Britain, Indonesia, Kenya and some other countries.

The United States will take part in the talks, but has opposed a treaty with the force of international law. India and Brazil have also voiced concerns.

With more than 190-member countries involved, securing a new agreement will be difficult.

How would a new treaty work?

The legal nature of any new agreement remains to be defined by talks. The WHO uses special words to describe such agreements. The WHO generally calls it an "instrument." The agency has three kinds of instruments: recommendations, regulations and conventions.

Of those, regulations are automatically legally binding, or possess the force of international law, for members — unless they object.

It is not yet clear how the 2005 regulations and a new pandemic treaty might fit together.

One suggestion is that they should work together. In this proposal, existing rules would be used for local outbreaks. The new treaty would take effect if the WHO declares a pandemic.

It remains to be decided whether negotiators will include enforcement measures such as sanctions.

Are other reforms being considered?

Separate talks on a U.S. proposal to update the 2005 rules have been taking place.

U.S. proposals aim to increase openness and permit the WHO to faster reach places where outbreaks are happening.

Another working group of WHO member countries is discussing reforms to the WHO funding structure. They want money to be available in the event of a pandemic. So far, the United States, which is the WHO's top donor, has opposed plans to increase member countries' yearly payments.

regulations –n. an official rule or law that says how something should be done

incentive –n. something that causes a person to do something or to work harder

labeling –n. images and words put on product containers that tell about the produce

sanction – n. an action that is taken to force a country to obey international laws

sovereignty –n. a country's independent authority and right to govern itself