Update Required To play the media you will need to either update your browser to a recent version or update your Flash plugin.
By VOA
18 August, 2015


Strong economic growth in Asia has lifted millions of people out of poor economic conditions. But some environmental activists say it has also hurt the area's environment. The International Union for Conservation of Nature met in Bangkok, Thailand recently for three days. The group urged Asian countries to work together to protect the environment. It warned that, if they fail to do so, many plants and animals will become extinct.

Asia produces about 40 percent of global economic activity and two thirds of global growth. About 60 percent of the world's population lives in Asia. Experts predict 3.3 billion people will live in Asian cities by 2050. About 1.9 billion live in the urban areas of Asia now.

Asia's economic development has hurt its environment. Experts say more than 1,400 plants and animals in the area are critically endangered. In other words, they could soon no longer exist. About 95 per cent of Southeast Asia's coral reefs are at risk. And, wetlands that once covered tens of thousands of kilometers of shorelines are disappearing faster in Asia than anywhere else in the world. 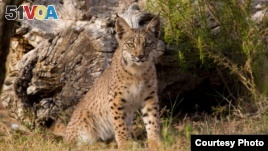 Zhang Xinsheng is president of the International Union for Conservation of Nature. He says the planet's ecosystems are stressed and need new efforts by governments to limit losses.

At the end of its meeting in Bangkok, the group urged governments, businesses and non-government groups to work together to help the environment.

Yeshey Dorji is the Minister for Agriculture and Forests in Bhutan. He says it will not be easy to convince people to consider the long-term effects of their actions on the planet.

Officials with the International Union for Conservation of Nature say 2015 is a turning point for Asia. The Asia Regional director of the IUCN, Aban Marker Kabraji, says an urgent effort is needed. He says Asian countries need to take the energy that fueled 50 years of economic growth and use it to secure the well-being of both nature and humans.

wetland(s) – n. an area of land (such as a marsh or swamp) that is covered with shallow water; usually plural

ecosystem – n. everything that exists in a particular environment; an ecosystem includes living things -- such as plants and animals -- and things that are not living -- such as rocks, soil, sunlight and water

model – n. a set of ideas and numbers that describe the past, present or future state of something (such as an economy or a business)

inclusive – adj. open to everyone; not limited to certain people

poach – v. to hunt or fish illegally; to catch or kill an animal illegally

Is your country's environment threatened by economic development? We want to hear from you. Write your thoughts in the comments section.