Girl's Suicide in US Brings Fresh Attention to Bullying

Update Required To play the media you will need to either update your browser to a recent version or update your Flash plugin.
By Nancy Steinbach
2010-4-21 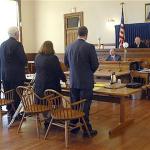 Photo: AP
A court hearing in Massachusetts where three teenagers, through their lawyers, pleaded not guilty to charges in the bullying of Phoebe Prince

An old problem is getting new attention in the United States: bullying. Recent cases included the tragic case of a fifteen-year-old girl whose family moved from Ireland. 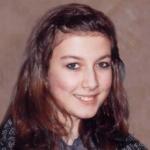 Phoebe Prince hanged herself in Massachusetts in January following months of bullying. Her parents criticized her school for failing to protect her. Officials have brought criminal charges against several teenagers.

Judy Kuczynski is president of an anti-bullying group called Bully Police USA. Her daughter Tina was the victim of severe bullying starting in middle school in the state of Minnesota.

JUDY KUCZYNSKI: "Our daughter was a very outgoing child. She was a bubbly personality, very involved in all kinds of things, had lots of friends. And over a period of time her grades fell completely. She started having health issues. She couldn't sleep. She wasn't eating. She had terrible stomach pains. She started clenching her jaw and grinding her teeth at night. Didn't want to go to school."

Bullying is defined as negative behavior repeated over time against the same person. It can involve physical violence. Or it can be verbal -- for example, insults or threats.

Spreading lies about someone or excluding a person from a group is known as social or relational bullying.

And now there is cyberbullying, which uses the Internet, e-mail or text messages. It has easy appeal for the bully because it does not involve face-to-face contact and it can be done at any time.

The first serious research studies into bullying were done in Norway in the late nineteen seventies. The latest government study in the United States was released last year. It found that about one-third of students age twelve to eighteen were bullied at school.

Examples included being made fun of, pushed, spit on, threatened or excluded from activities. Some students had their property damaged. About four percent reported being the victims of cyberbullying. The study took place in two thousand seven.

Susan Swearer is a psychologist at the University of Nebraska-Lincoln and co-director of the Bullying Research Network. She says schools should treat bullying as a mental health problem to get bullies and victims the help they need. She says bullying is connected to depression, anxiety and anti-social behavior, and bullies are often victims themselves.

What can be done to prevent bullying? That will be our subject next week.

And that's the VOA Special English Education Report, written by Nancy Steinbach. You can find this story and post comments at 51voa.com and at the VOA Learning English page on Facebook. I'm Steve Ember.