Eight Things You Didn't Know Google Translate Could Do

Update Required To play the media you will need to either update your browser to a recent version or update your Flash plugin.
By Alice Bryant
08 November, 2017


As smartphones continue to get smarter, we can only expect Google Translate to stay one step ahead.

Over 200 million people around the world now depend on the free application every day. And yet, many repeat users do not know about some of its most exciting features. We are here today to help change that.

Use your smartphone camera

Let's start with your smartphone camera.

By pointing the camera at an object with words on it, you can translate those words into many languages. This feature will translate the words from whatever the camera sees -- whether it is a street sign, restaurant menu, or even handwriting.

Simply touch the camera button on the app and point the device at whatever you'd like. This may be one of the app's most striking features, although it usually works better with printed words than handwriting. 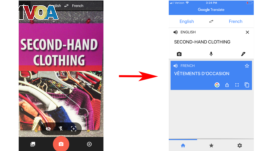 With one touch of your smartphone camera, Google Translate will translate typed or written words instantly.

Google Translate now also translates whatever it hears. If your electronic device has a microphone, you can talk directly into it and the program will quickly begin translating several sentences. But it does not like when a speaker stops in the middle of a thought. This feature works on both the smartphone app and the website.

You can even play pre-recorded audio or video close to the microphone and Google Translate will work fairly well.

To use this feature, just touch the microphone image.

Use offline translation for travel

If you have ever been to another country, you know how unpredictable a cellular or wireless connection can be. Google Translate now offers users the ability to download a whole language for future use offline.

To activate the service, you must first download the language with a Wi-Fi or cellular connection, so it's probably best to do this before traveling.

The download for each language can be about 25 or 30 megabytes in size. So look at the data plan for your device if you expect to download without Wi-Fi.

To find the offline translation feature, just hit the settings image in the app.

Our next feature seems like it was created just for fun. You can now write words by hand directly onto the screen of your smartphone in the Google Translate app. The app will then translate the word or expression.

This feature works well, even with unclear handwriting. We tested it by writing words unclearly in a few languages. Each time, the translation was correct.

Create your own phrasebook

Another wonderful feature is the phrasebook. You can save and reuse your most commonly searched words and expressions in the phrasebook. To do this on your smartphone or computer, simply touch the star image.

On a computer, the phrasebook also lets you sort the saved terms by language – which is useful if you are using or learning several languages.

The phrasebook can even be an excellent tool for examining sentence structure; you can use it to compare the structure of sentences in two languages.

Language learners all over the world will welcome the next feature. Everyone knows how difficult it can be to understand a foreign language when it is spoken too quickly. But, did you know that Google Translate will slow down the speed of its speech at your request? Simply touch the listen image twice to hear the translation at the slower speed.

You will never feel too distant from friends or family overseas with the next feature. If your smartphone uses the Android operating system, you are in luck. Google Translate will perform translations directly in WhatsApp and Facebook Messenger. No need to copy and paste the text from those apps into Google Translate. 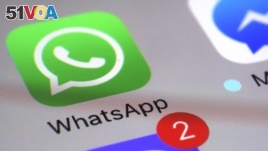 Finally, you can help to improve the translation quality of Google Translate for users around the world. There are two ways to do this: suggest a change for individual translations or join the Translate Community.

Suggesting a change is easy: just type or paste in words or phrases on the device as you normally would. If the translation looks problematic, simply "suggest an edit" inside the translated box.

The second way is to join the Translate Community. Go to translate.google.com/community and sign into your Google account. Then, you can either review the quality of phrases that have already been translated or translate words and phrases into your chosen language.

smartphone – n. a mobile phone that can be used to send and receive e-mail, connect to the Internet, take photographs and more

application – n. a computer software program for computers, smartphones or other mobile devices

feature – n. an interesting or important part of something

translate – v. to take things said or written in one's own language and put them in another language

microphone – n. a device into which people speak to record their voices or to make them sound louder

download – v. to move or copy a computer file or program from a usually larger computer system to another computer or device

offline – adj. not connected to a computer or telecommunications system

screen – n. the surface on which an image appears