Update Required To play the media you will need to either update your browser to a recent version or update your Flash plugin.
By Dan Friedell
19 November 2022


Businessman Elon Musk became the owner of Twitter just three weeks ago. And many people have been concerned about the future of the social media company ever since.

Alexandra Roberts is a law and media professor at Northeastern University in Boston, Massachusetts. She had this to say:

"I have been a really active Twitter user for a long time and I have made fantastic connections there that have helped with my scholarship and with my teaching. And also, I've been able to learn from a lot of other people and I've been able to build a network. And I've gotten a lot of opportunities there as well." 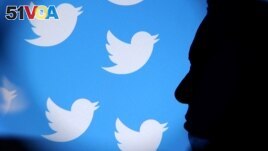 Since Musk took over, Roberts said, "everything kind of went haywire." Haywire means something that is out of control or not working.

She noted that Twitter may no longer be as safe a space as in the past. There is less certainty that people are who they say they are.

Shortly after his takeover of Twitter, Musk started a service that permitted anyone willing to pay $8 a month to get a "verified" account. In the past, a verified account was only available to the government, companies, reporters, and well-known figures verified by Twitter.

Someone then set up a verified account with the name of the drug company Eli Lilly. The account sent out a tweet saying its insulin drug which helps people with diabetes would be free. The false tweet forced the real company to post an apology.

Others set up false accounts under the names of well-known politicians and athletes and even Musk's own companies of Tesla and SpaceX. The service, called Twitter Blue, has since been suspended.

Musk also cut half of Twitter's workforce. And changes in the service made some important employees decide to leave.

The developments concern people who have used the service for 16 years. Already, people are leaving Twitter and companies are pulling back advertisements.

A 2018 study published in PLOS One says Twitter has played an important role "in the discovery of scholarly information and cross-disciplinary knowledge spreading." The study also says people use the service to share real-time information and make connections.

Roberts agreed that Twitter has been a good service for professors and students to connect with those who have similar work or school interests. During the COVID-19 pandemic, instead of going to large business events, people stayed home and were able to use Twitter to stay connected.

But Roberts added that the service "just became a lot less safe" and "this might be a time when people want to be more [careful] about what they share."

Roberts said it is probably a good idea for people to "back up" all the information they have on Twitter. She suggested students add other services, such as email or LinkedIn, to stay in touch with their contacts.

"You don't need to necessarily move things completely offline. But once you make a connection, it's smart to have some other way to continue that conversation with that person."

Roy Gutterman teaches Media Law at Syracuse University in New York state. He advised students to be cautious and make sure that information was from "trusted sources."

On Twitter, Gutterman said it is a good idea to look at who is following an account to determine whether it is real. He said technology has made it easier for people to share and connect, but that they should be prepared for changes.

"Cyberspace is littered with all sorts of dead entities, social media, email and other forms of media. Maybe the next major social media outlet is in gestation right now and will be born or maybe people will go back to Facebook."

And Roberts added that students who use Twitter to look for jobs or opportunities should "get what you need ... but know it could be gone tomorrow."

Dan Friedell wrote this story for VOA Learning English with additional reporting from the Associated Press.

verification –n. something that is proven to be true or correct

stability –n. something that is not easily changed

opportunity –n. the chance to do something

athlete –n. a person who is trained in sports

discipline –n. a field of study or a subject that is taught

entity –n. something that exists, in this case a business

gestate –v. to develop something; such as a baby in a womb or a new business