Update Required To play the media you will need to either update your browser to a recent version or update your Flash plugin.
By Marilyn Christiano
19 October, 2013

Green is an important color in nature. It is the color of grass and the leaves on trees. It is also the color of most growing plants. 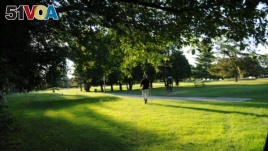 About 100 years ago, “greenhorn” was a popular expression in the American West. Old-timers used it to describe a man who had just arrived from one of the big cities back east. The “greenhorn” lacked the skills he would need to live in the hard, rough country.

Someone who has the ability to grow plants well is said to have “a green thumb.” The expression comes from the early 1900s.

A person with a green thumb seems to have a magic touch that makes plants grow quickly and well. You might say that the woman next door "has a green thumb" if her garden continues to grow long after your plants have died.

Green is also the color used to describe the powerful emotion, jealousy. The "green-eyed monster" is not a frightening creature from outer space; it is an expression used about 400 years ago by British writer William Shakespeare in his play "Othello." 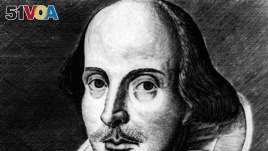 The famed Martin Droeshout engraving of William Shakespeare, printed on the cover of Shakespeare's first Folio, or first complete collection of his plays, printed in 1623.
It describes the unpleasant feeling a person has when someone has something he wants. A young man may suffer from the "green-eyed monster" if his girlfriend begins going out with someone else. Or, that "green-eyed monster" may affect your friend if you get a pay raise and she does not.