The Rise of the US Supreme Court

Update Required To play the media you will need to either update your browser to a recent version or update your Flash plugin.
By Kelly Jean Kelly
18 March, 2018


When Americans are angry and believe they are right about an issue, they might use this expression: "I'm going take it all the way to the Supreme Court!"

These words capture two important ideas. First, the Supreme Court of the United States has the final say in legal disputes. The high court is sometimes called the "court of last resort."

The expression also suggests that taking a case "all the way" to the Supreme Court is hard. Each year, the court receives about 7,000 requests to consider cases. The judges – called justices – rule on only 100 or so. Their job is to strike down laws or actions that violate the U.S. Constitution.

Linda Greenhouse reported on the U.S. Supreme Court for 30 years. She points out that although the justices hear only a few cases every year, the court plays an important role.

"It sits there as a symbol that there is rule of law in the country that people can turn to, and I think it's a very important part of American culture."

"Something that the world had never seen"

The idea for the Supreme Court dates back to 1787. At that time, the men who wrote the U.S. Constitution described a court system with a number of lower courts and one high court. The judicial branch, as it was called, would be one part of a three-part system of government. 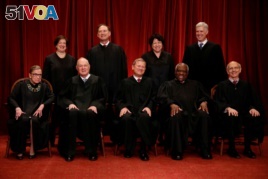 Reporter Linda Greenhouse says the idea of the U.S. Supreme Court was unusual because it was designed to be independent from Congress and the president.

"And so from the beginning the U.S. had a supreme court that could talk back, push back, and actually define the boundaries of the law. And that was something that the world had never seen."

How the Supreme Court became supreme

At first, Americans were not sure how important the Supreme Court would be. Not very, some thought.

The court did not even have its own building, but moved from place to place. For a while, it operated out of the U.S. Capitol building in a meeting room lawmakers were not using.

And the position of Supreme Court justice was not highly valued.

One of the first justices, John Jay, resigned from the Supreme Court to become the governor of New York. Later, the president asked Jay to return to the high court. Jay said no. The idea of the federal judiciary had too many problems, he said. He did not think the Supreme Court could ever earn the public's trust. 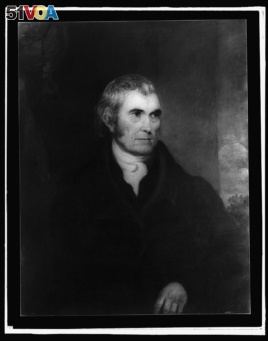 So the president at the time, John Adams, asked someone else, John Marshall, to be a Supreme Court justice.

That decision turned out to be very important. During his 34 years in office, beginning in 1801, John Marshall helped shape and strengthen the Supreme Court. One of his most historic decisions came in 1803. That year, Marshall wrote the opinion on a case called Marbury versus Madison.

The case related to a man named William Marbury. He had been offered a government job at the last minute by an outgoing president. The new president and his secretary of state, Thomas Jefferson and James Madison, did not want to give Marbury the position for political reasons. But Marbury believed an earlier act of Congress required the president to appoint him. So Marbury took the dispute all the way to the Supreme Court.

The justices at the time agreed that Marbury should get the job. But they did not order Jefferson and Madison to give it to him. Instead, the justices believed, the earlier act of Congress violated the Constitution. So the whole idea behind Marbury's case could not be justified.

That decision was historic, not because Marbury lost his case, but because of what it said about the Supreme Court. The chief justice claimed the court's right to tell the rest of the federal government what the Constitution permits them to do.

Michael Trachtman, a lawyer and writer, puts it this way:

As a sign of the respect it commands, in 1935 the Supreme Court finally moved to its permanent home. The building is made of white marble, with tall columns and a long staircase.

The chief justice who pressed Congress to approve money for the building, William Howard Taft, did not live to see it completed. But his dream for it was realized. Taft said he wanted it to show the "dignity and importance" of the Supreme Court in American life.

resort - n. something that you choose for help

role - n. the part that someone has in a family, society, or other group

symbol - n. an action, object, event, etc., that expresses or represents a particular idea or quality

boundaries - n. unofficial rules about what should not be done : limits that define acceptable behavior

invalidate - v. to show or prove (something) to be false or incorrect

column - n. a long post made of steel, stone, etc., that is used as a support in a building

staircase - n. a set of stairs and its supporting structures

dignity - n. the quality of being worthy of honor or respect