How to Avoid Plagiarism

Update Required To play the media you will need to either update your browser to a recent version or update your Flash plugin.
By Andrew Smith and Jill Robbins
05 November 2022


In the digital age, it has become easy for students to find and copy published material. But copying another person's writing without giving them credit can get students into big trouble.

Copying another person's writing without giving them credit is called plagiarism.

Dictionary publisher Merriam-Webster says the word "plagiarism" comes from the Latin word plagiarius. It means "kidnapper." But now we use it to describe someone who steals words rather than children. 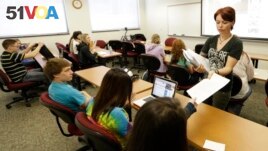 In the United States and other Western countries, universities have rules for avoiding plagiarism. But learning to correctly follow these rules can be difficult for some international students.

Why do universities and publishers care so much about copying even very small parts of someone's writing?

American copyright law protects original works of authorship including books, movies, music, images and artworks. It also extends protection to computer software and architecture. The owner can sell the work or permit others to use it.

The idea is that copyright helps society make progress. If people can make money by owning their creations, called intellectual property, then more people will want to create original works.

The law permits the unlicensed use of copyrighted works, called fair use, for activities including criticism, comment, news reporting, education and research. However, there are some limitations.

In education, students can include a very small part of copyrighted works in their writing and research if they provide credit, or citation, to the original creators.

Many universities, such as Harvard, even urge students to give credit to information or sources of ideas they get from conversations with professors or other students. Harvard even warns students about copying themselves. That is, they cannot hand in the same work for more than one class without the permission of their instructors.

A failure to do so is considered plagiarizing.

How can professors know if a student is plagiarizing?

Just as it is easy to copy, it is also easy for professors to know if a student has plagiarized.

First, there are computer programs that compare students' papers to large databases of published writing. The programs can identify whether students have copied published writing. Second, if English is not a student's first language, a professor might recognize a change in vocabulary and writing style. This could bring more attention to the student's paper.

The punishment for plagiarism can vary. Professors could simply warn a student not to do it again, lower their grade, or they may fail the student in that class. In more extreme cases, a student may be temporarily banned or expelled from school.

Some international students in the U.S. struggle to avoid plagiarism and learn the rules of citation. Part of the difficulty is due to cultural differences.

Some cultures do not have a long historical and legal tradition of protecting intellectual property. In these cultures, knowledge has been considered something common to everyone, without ownership. In others, copying is seen as showing respect for the writing and thinking of experts rather than themselves.

If English is not a student's first language, sometimes, finding words to express complex ideas could be difficult. Thus, copying becomes the way the students try to express their ideas.

Steven Horowitz is a professor of Legal English at Georgetown Law in Washington, D.C. In an email to VOA Learning English, he said, "I've talked with students from Middle East cultures who have explained to me that they often are not expected to cite because a lot of things they quote are so familiar to everyone that there is no need or expectation of citing."

Horowitz said, "I know on occasion some international students will use quoted text... because they feel like their own words can't do justice to the meaning in the quoted text and feel like it's not their place to suggest alternative text."

"It's often a challenge to explain to international students the need for citation even in sentences when you don't use quoted text," he added.

There are free tools to make citations easier for students and to avoid plagiarism. Zotero is a free, open-source program that helps organize all the research a student may use. For example, it can automatically create citations and combine them into a list. The Purdue Online Writing Lab, or Purdue OWL for short, is another free resource.

Many universities also have writing centers where students can learn the citation rules. And another way for students to learn how to avoid plagiarism is to read published papers and pay careful attention to how information is presented. Students should observe when and how citations are used. This can help them learn the rules of citations.

Finally, remember that in educational, or academic, writing, it is better to cite too much than too little.

original -adj. never having been done or created before, not a copy of something else

authorship -n. indicating that a person is the creator of a work

citation -n. an indication of a source or reference from which words or ideas have been copied

style -n. a particular design or pattern or way of doing things

grade -n. a score or rank teachers assign to students for their coursework, such as a percentage or letter ranking

quote -n. a copy of the exact words someone has written or spoken

do justice to -v. give enough respect to or fully explain