Update Required To play the media you will need to either update your browser to a recent version or update your Flash plugin.
By Bryan Lynn
18 December, 2016


Some machines can take something written in one language and give users the same or similar wording in another language.

These machines are designed to do this kind of work quickly and without mistakes. Some of the devices are so small they can be carried around the world.

The quality of translation software programs has greatly improved in recent years, thanks to new, fast-developing technologies.

This has led many people to start using machine translators. Some depend on the technology for day-to-day activities, while others use it in their job. 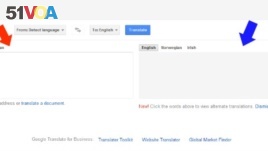 But how will this affect language learning across the world? Will fewer people decide to take traditional language classes? Will human language teachers no longer be needed?

One of the most widely used machine translation services is Google Translate. Google says the service completes billions of translation requests, involving 103 languages, each year.

Google Translate can translate whole websites, text messages and information inside programs on smartphones. It also can translate speech spoken into a device.

Sundar Pichai is Google's Chief Executive Officer. He told a recent launch event that the company has made important progress with machine translation in the past few years.

Pichai said Google had earlier used a system that translated on what he called a phrase-by-phrase level. This system created speech that could usually be understood, but did not sound natural.

Pichai said Google is now excited to be moving onto a new model -- one that provides better results.

The new system is known as neural machine translation. It uses large amounts of computer information to learn over time how to produce translations that sound more like real human language.

Pichai said Google's own research has shown progress in this area. He added that the company's neural machine translation system is even "approaching human-level translation." 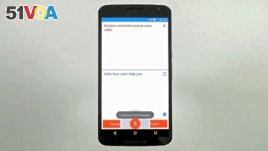 Google is developing the translation method along with other products using artificial intelligence (AI) technology.

Other companies and organizations are also studying neural machine translation. It is closely related to a machine learning method known as deep learning.

Deep learning involves putting large amounts of data into a computer for processing. The computer then uses an algorithm to learn how to recognize and organize different objects, including words and sentences.

Philipp Koehn teaches at Johns Hopkins University in the American state of Maryland. He has studied machine translation for many years. He says all methods work in a similar way. Over time, the software program learns to translate from billions of language examples.

Koehn agrees that the quality of machine translation has improved a lot. But he says machines still have a long way to go to catch up with humans.

"I would be very cautious about any claims about near human-level quality. There are just too many problems. Ultimately, to solve the machine translation problem, you have to solve all the problems in AI and understanding, and we are not close to that by any means."

Koehn says people can now expect fast translation of websites, texts and social media messages. But he does not think the wide availability and future improvements in software will lead people to stop studying languages.

He gives the example of Europe – where borders are open and people travel often, but speak different languages.

"Things like automated translation – which makes it possible that everything gets translated into your native language – actually helps in preserving the diversity of languages."

Marty Abbott agrees. She is the executive director of the American Council on the Teaching of Foreign Languages. Abbott says teachers can act as a bridge for students to learn about new cultures – something technology cannot provide.

"And it's that connection when you develop an insight into not just the culture where they speak the language that you're learning, but also insight into your own culture, and your own perspectives on the world."

Abbott says many young people want to try to learn one or more foreign languages to connect with people around the world. Some might start out using Google Translate, but then decide they want to expand their learning and knowledge in the classroom.

She added that technologies like machine translation are giving teachers many more tools to assist in teaching languages.

"I think teachers are even using Google Translate with their students to have them analyze why they are accurate or inaccurate. So it really can be a useful tool for teachers in the classroom." 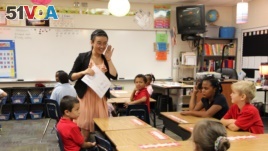 She added that some of these tools can be used by students to improve their own learning in larger classes. But she said nothing will be able to replace the help and guidance provided by human teachers.

Koehn says machines will just keep getting better at translating in many different languages. They will also be able to communicate and react to other requests.

But he added that getting the machines to think on their own in truly human-like ways is still a long way off.

"To have a machine being as smart as a human and holding up a conversation - where you actually have a meaningful counterpart - that's still pretty science fiction at the moment."

What are your experiences with Google Translate and other machine translation services? We want to hear from you. Write to us in the Comments section, and visit 51VOA.COM.

approaching – v. moving in a path leading to a place or thing

preserve – v. to keep or same something

insight – n. a ability to understand something

perspective – n. the way a person thinks about something

counterpart – n. someone or something that has the same job or purpose as another