Update Required To play the media you will need to either update your browser to a recent version or update your Flash plugin.
By VOA
02 August, 2016

Instagram made the announcement Tuesday. The company said that users "don't have to worry about overposting. Instead, you can share as much as you want throughout the day -- with as much creativity as you want."

Instagram users will be able to view a person's "story" by clicking on their profile photo. Unlike normal Instagram posts, there are no likes or comments. 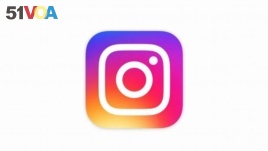 Instagram co-founder Kevin Systrom told the Wall Street Journal that the new feature is designed to create "a place where you feel free to post whatever you want without the nagging fear of, did someone like that or not?"

On social media, people have had mixed reactions to Instagram Stories. Many commented about its similarity to Snapchat Live Stories. One Twitter user wrote, "Although I'll probably get addicted to Instagram Stories, I do dislike when different platforms copy each other! #InstagramOrSnapchat ?

Another tweeted, "Instagram stories is the update we never wanted or asked for."

What do you think about Instagram's new video feature? Let us know in the comments section.

platforms –n. computer software that enables one or more functions