Life in the Fast Lane

Update Required To play the media you will need to either update your browser to a recent version or update your Flash plugin.
By Anna Matteo
23 January, 2016


Hello and welcome to Words and Their Stories -- a weekly program from VOA Learning English.

It can be said that the United States is a driving culture. The U.S., after all, is a big country and many Americans love cars.

So, it is no surprise that many Americans English expressions come from the world of driving. One exciting example is "life in the fast lane."

This expression comes from the country's large system of highways. The roads are marked with painted lines to keep vehicles safely apart. These lines divide each road into separate lanes. 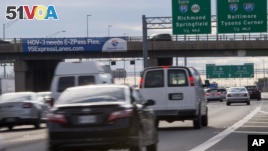 Most highways in the U.S. are wide enough for three or four cars to travel side-by-side. Many areas require that slow drivers drive in the far-right lane. Faster moving traffic operates in the middle lanes. The fastest cars drive on the far-left side -- also called the fast lane.

Someone living in the fast lane is like a fast-moving car. They live dangerously, at breakneck speed. It is a way of life marked by a fast pace and usually the chase of immediate satisfaction.

A person who lives in the fast lane is not happy to just live life quietly like other people. No. For someone living in the fast lane life is one exciting experience after another. Every night is a party!

Living life in the fast lane can be a selfish way to live. Sometimes these people only care about finding their next big thrill.

Such people might drink a lot of alcohol or use other drugs. They do not think twice about how their lifestyle may affect them down the road or how it may affect others.

So, who lives in the fast lane?

Living in the fast lane has a high price tag. You need lots of money for this kind of life.

Some Hollywood movie actors are famous for their rich, fast-paced lives. Sports stars can have days filled with events, parties and groupies – people who like famous people and follow them.

However, most people -- even actors and sports stars -- need to be well-rested to perform well. If not, they could burn out quickly. But getting a full 8 hours is usually not part of life in the fast lane.

Many people who live in the fast lane are young. Sometimes, the fast lane leads them down a rocky road, or a very difficult phase.

Others may hit a fork in the road. They must decide to stay in the fast lane or slow down to possibly have a longer and more meaningful life.

And some never learn. Their life in the fast lane leads them to the end of the road – meaning they die.

Rock musicians are known for living in the fast lane. We do not have time to name all of the performers who died young from their fast ways.

Members of the rock band the Eagles lived in the fast lane. In fact, the group's founders, Glenn Frey and Don Henley, co-wrote a song about it.

"Life in the Fast Lane" is one of their biggest hits.

The two men were honest about this way of life, singing it will "surely make you lose your mind."

Glenn Frey died on January 18, 2016. As he aged, Frey did slow down. He became interested in health and physical fitness. But he died at the relatively young age of 67.

Do you have a similar expression in your language? Let us know in the Comments section and on 51VOA.COM.

down the road – informal phrase in the future.

burn out – informal phrase exhaustion of physical or emotional strength or motivation usually as a result of prolonged stress or frustration : a person showing the effects of drug abuse

end of the road – informal phrase the end of the whole process : informal euphemism to die