US Investigates Missing Money in Malaysia

Update Required To play the media you will need to either update your browser to a recent version or update your Flash plugin.
By Dan Friedell
23 July, 2016


U.S. attorney general Loretta Lynch says billions of dollars were stolen from an investment fund run by the government of Malaysia.

The thieves may be high-ranking officials in the Malaysian government and their family members.

The money generated by the fund was supposed to be used for economic development projects and to help raise the quality of life in Malaysia. But instead, it was used to buy artwork by famous artists such as Vincent Van Gogh, Claude Monet and Pablo Picasso. More money was used to purchase expensive homes and a jet, and to finance Hollywood movies.

Lynch would not identify the person known as "Malaysian Official One." But observers believe it may be Malaysian Prime Minister Najib Razak.

Over the next five years, more than $3.5 billion were transferred from the fund into private bank accounts in Switzerland.

The U.S. Department of Justice is working to recover at least $1 billion in assets that were purchased with money stolen from the fund. 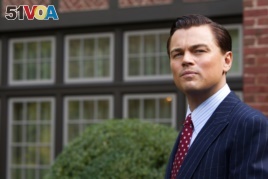 Leonardo DiCaprio in "The Wolf of Wall Street."

Najib's stepson and another Malaysian investor started the production company that financed the film. The money likely came from the 1MDB fund.

The Department of Justice is involved through its Kleptocracy Asset Recovery Initiative. Lynch says the U.S. is involved because money passed through American banks. U.S. investment bank Goldman Sachs also raised money for the fund.

The complaint says banks in Singapore, Switzerland, Luxembourg and the U.S. were used in the fraud. Other governments are investigating the 1MDB fund, including Switzerland and Singapore.

Members of the Malaysian government's opposition will probably ask for Najib to resign. But some of those same party members say Najib's position as prime minister is probably safe.

Charles Santiago is a member of the opposition Democratic Action Party. He says some organizations in Malaysia will ask for an investigation based on the U.S. allegations. But, he said, "This will not go far."

Steve Herman wrote this story for VOANews. Dan Friedell adapted it for Learning English. Kelly Jean Kelly was the editor.

Do you think the U.S. will be successful in its case? We want to know. Write to us in the Comments Section or on 51VOA.COM.

trust – n. an arrangement in which someone's property or money is legally held or managed by someone else or by an organization (such as a bank) for usually a set period of time

kleptocracy – n. a corrupt government that steals from the people it is supposed to represent

asset – n. something that is owned by a person, company, etc. — usually plural

complaint – n. a formal charge saying that someone has done something wrong