Mexican Immigration to US Lowest in 40 Years

Update Required To play the media you will need to either update your browser to a recent version or update your Flash plugin.
By Dan Friedell
19 December, 2015


More Mexicans are leaving the U.S. than entering, says a recent study.

The report from the Pew Research Center was released as some presidential candidates talk about building a wall between the U.S. and Mexico.

Not since the 1970s have fewer Mexicans entered the U.S. than returned home. 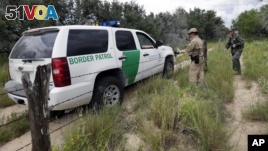 The flow of Mexican immigrants into the U.S. is at its lowest since the 1990s.

The author of the Pew report says there are two main reasons for the reduction of immigrants.

First, the U.S. economy has been slow to recover after the recession that began around 2009.

Second, the U.S. is more strictly enforcing immigration laws at the border between the two countries.

A census report in Mexico says that 1 million Mexicans returned home from the U.S. in the five years leading to 2014. The U.S. census for the same period shows only 870,000 Mexicans moved to the U.S.

The Pew report offers a clear warning about its statistics.

"There are no official counts of how many Mexican immigrants enter and leave the U.S. each year," it says. So the numbers are estimates, not precise numbers.

The report says a growing percentage of Mexicans think life in the U.S. is not better or worse than living in Mexico.

The number of Mexican immigrants living in the U.S. peaked at 12.8 million in 2007. It has declined since.

More than 60 percent of the people who returned to Mexico say they wanted to be closer to family. Only 14 percent returned against their will because they were deported.

There are fewer Mexicans coming into the U.S., but Mexicans still make up the largest foreign-born group in the country, at 28 percent.

Dan Friedell wrote this story for VOA Learning English. His report was based on stories from VOANews.com and Reuters. Kathleen Struck was the editor.

Do you think moving to the United States would offer a better life than in Mexico? We want to hear from you. Write to us in the Comments section or on 51VOA.COM.

peak – adj. filled with the most activity

statistics - n. a collection of numbers or other information

strict – adj. describing a command, rule, etc., that must be obeyed