Update Required To play the media you will need to either update your browser to a recent version or update your Flash plugin.
By Hai Do
24 December, 2018


In many industrial countries, people work five eight-hour days or 40 hours a week. But some companies now want their employees to work just four days a week and still pay them for five.

Is it too good to be true?

Companies that reduced work hours have found that their employees like their jobs more and are more productive at work.

Jan Schulz-Hofen set up the computer software company Planio in Berlin, Germany. Planio offered a four-day week to its 10-member work force earlier this year. Schulz-Hofen said, "It is much healthier and we do a better job if we're not working crazy hours."

In New Zealand, a company called Perpetual Guardian tested how its employees reacted to a 32-hour workweek earlier this year. It said the workers reported feeling less pressured and more involved with the business.

In Japan, the government is urging companies to let their workers have Monday mornings off. Other attempts to reduce working hours, however, have had little effect since many Japanese continue to work extra hours anyway.

Britain's Trades Union Congress (TUC) is pushing for the country to move to a four-day week by the end of the century. The group argues that a shorter workweek is a way for workers to share in the wealth made by new technologies like machine learning and robotics. The union compared that to the time they won the right to have weekends off during the industrial revolution.

TUC's Kate Bell noted, "It would reduce the stress of juggling working and family life and could improve gender equality. Companies that have already tried it say it's better for productivity and staff well-being." 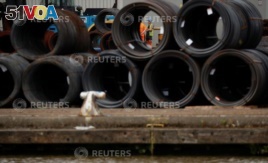 Lucie Greene is with the marketing communications company J. Walter Thompson. She said, "People are starting to take a step back from the 24-hour digital life we have now and realize the mental health issues from being constantly connected to work."

A study of 3,000 employees found that nearly half thought they could easily finish their work in five hours a day if they did not have to stop and re-start. Many said they already are working more than 40 hours a week anyway. The workers were from eight countries, including the United States, Britain and Germany.

Dan Schawbel is with Future Workplace, which carried out the survey with Kronos. He observed, "Because you always have the technology, you are always working, so people are getting burned out.

Schulz-Hofen of Planio first tested the four-day workweek on himself. He felt the need to slow down after several years of intense work to launch the software company.

"I didn't get less work done in four days than in five because in five days, you think you have more time, you take longer," he said. With a four-day workweek, he added, "I have to be quick, I have to be focused if I want to have my free Friday."

Schulz-Hofen added, "We got an unexpected reaction from customers. Most of our clients did not complain. They were just jealous."

Dan Schawbel expects more companies and countries will permit a four-day workweek, but not in the United States. He said, "I think America will be the last country to give us Monday mornings off because we're so used to this way of working."

juggle - v. to do several things at the same time

jealous - adj. showing unhappy or angry desire to have what someone else has