Mysteries for English Readers of all Levels

Update Required To play the media you will need to either update your browser to a recent version or update your Flash plugin.
By Dan Friedell
19 July, 2016


Sherlock Holmes may be the most famous private investigator of them all.

Holmes is also one bookstore owner's first choice when a new English reader asks him to recommend a mystery novel.

Otto Penzler owns the Mysterious Bookshop in New York City. He also works as an editor, preparing mysteries for publication.

Penzler has spent his career reading, writing, editing and selling mystery novels. In such books, a character might have been murdered. Or someone stole a valuable possession. A private detective or investigator tries to solve the case.

Penzler serves as the editor of a book that comes out each year. It is called The Best American Mystery Stories. The book is a collection of short stories.

Penzler is an expert on mystery writing. When asked, he has often urged visitors to his bookstore to read Arthur Conan Doyle's series about Sherlock Holmes. Penzler says English learners also might enjoy reading about Agatha Christie's detective, Hercule Poirot. 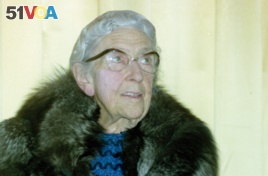 A photo of British mystery writer Agatha Christie, taken in 1974. She created the detective Hercule Poirot.

"Because Agatha Christie is a world-wide known name. Somebody who's sold believe it or not more than two billion books. And appeals to a wide range of people both young, old, male, female, it doesn't matter. So I would be safe by recommending Agatha Christie and I also always recommend Sherlock Holmes."

While both Christie and Conan Doyle lived a long time ago, Penzler says "they're the most self-evident recommendations we can make in the store, and we do." For one reason, their writing is clear and simple.

Some English teachers are using mysteries as a way to get students involved. Penzler thinks that is a great idea.

"Mastering English really requires you to want to read. You have to want to read the book. And mysteries are more readable than many other kinds of books. Particularly in contemporary literature where many times the writing can be absolutely beautiful, but nothing happens."

If you want to learn about American life, you probably need to read stories from many different authors.

Penzler says there is no one mystery author who paints a picture of the United States. But as a whole, writers provide detailed images of what it is like to live in a particular city or state.

Most mystery writers spend their time writing about one character and one city. For example, Michael Connelly writes about a Los Angeles police detective named Harry Bosch.

Bosch loves jazz music. He often eats pancakes at a diner at the Los Angeles Farmer's Market when he is investigating a case. Many of Connelly's stories deal with police and politics in Los Angeles.

John Sandford writes about detectives in the northern state of Minnesota. Sandford once worked as a writer at a Minneapolis newspaper. So his stories present clear details of what life is like in Minnesota.

Robert B. Parker was famous for writing about a private investigator who went by only one name: Spenser. Spenser lived in Boston and so did Parker. Parker wrote about the people and places around Boston: from costly cocktails in fancy hotels to doughnut shops in working-class neighborhoods. 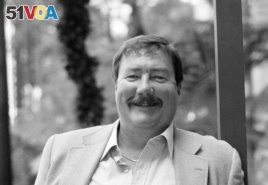 Penzler likes to suggest Lee Child for readers who are more experienced with English. Child writes about a retired Army policeman named Jack Reacher. Reacher travels by bus and train and often gets into difficult situations. But he always comes out safe in the end.

"The Jack Reacher series is appealing to both men and women, both young and old. Again, one of the things that's important about this is the clarity of the style. And Lee Child writes in short, declarative sentences. There's no ambiguity. There's no trying to figure out ‘what does he really mean?' Because what he says is exactly what he means." 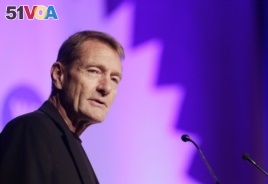 The best thing about mystery novels, Penzler says, is that many of the books are part of a continuing series. There are more than 20 books about Harry Bosch, for example.

"Series characters are one of the great attractions. You like a character. You like a [Harry] Bosch or you like a [Jack] Reacher and you can't wait to see what happens next in their lives, as well as the mystery. And it's hard to pull off in a single book."

Will you look for a mystery book in English now? We want to know. Write to us in the Comments Section or on 51VOA.COM.

ambiguity – n. something that does not have a single clear meaning

pancake – n. a thin, flat, round cake that is made by cooking batter on both sides in a frying pan or on a hot surface (called a griddle)

contemporary – adj. happening or beginning now or in recent times

speculative – adj. based on guesses or ideas about what might happen or be true rather than on facts

novel – n. a book of fiction