Nearly All US COVID-19 Deaths Are Among Unvaccinated People

Update Required To play the media you will need to either update your browser to a recent version or update your Flash plugin.
By Dan Novak
05 July 2021


Ross Bagne was a 68-year-old small-business owner in Cheyenne, Wyoming. He could have gotten the COVID-19 vaccine in early February but decided not to. He became infected. He died on June 4 after spending more than three weeks in the hospital with coronavirus.

"He never went out, so he didn't think he would catch it," said his sister, Karen McKnight. She thought: "Why take the risk of not getting vaccinated?"

Nearly all COVID-19 deaths in the United States are among people who were not vaccinated. Experts say this shows how effective the vaccines are. Daily reported deaths are below 300 a day. But the latest numbers suggest that there could be almost no deaths if everyone eligible got vaccinated.

The Associated Press studied data provided by the Centers for Disease Control and Prevention (CDC) from May. The AP found that infections in fully vaccinated people made up less than 1.1 percent of 107,000 COVID-related hospitalizations. 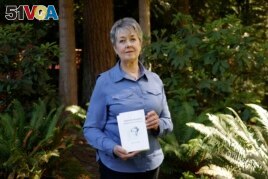 Dr. Rochelle Walensky is the head of the CDC. She said Tuesday that the vaccine is so effective that "nearly every death, especially among adults, due to COVID-19, is, at this point, entirely preventable."

Deaths in the U.S. have dropped from a high of more than 3,400 a day in the middle of January. That point was reached after vaccinations had been available for only one month.

The CDC said about 63 percent of all Americans able to get the vaccine — people 12 and older — have received at least one dose. It is estimated that 53 percent are fully vaccinated.

Unlike much of the world, the United States now has a large vaccine supply. Demand for shots has dropped and there is a vaccine surplus.

The state of Arkansas has one of the lowest vaccination rates. Thirty-three percent of the population is fully vaccinated. The AP reports that cases, hospitalizations and deaths are rising there.

Asa Hutchinson is the governor of Arkansas. "It is sad to see someone go to the hospital or die when it can be prevented," he tweeted.

Washington State's King County includes the city of Seattle. Its public health department found only three deaths in a 60-day period in people who were fully vaccinated. In the remaining 62 deaths, 95 percent had not been vaccinated or had received just one dose.

David Michaels is a disease expert at George Washington University's school of public health in Washington D.C. He said the stories of unvaccinated people dying may push others to get vaccinated. But young adults — the group least likely to be vaccinated — may be pushed more by a desire to protect their loved ones.

Michaels was the head of the Occupational Safety and Health Administration under former President Barack Obama. He said people should get paid time off to get the shots and recover from any side effects.

eligible — adj. able to be chosen for something : able to do or receive something

due to –adj. because of (literally "thanks to")