Update Required To play the media you will need to either update your browser to a recent version or update your Flash plugin.
By Bryan Lynn
25 January, 2017


A new report says countries that elect populist leaders can have increased problems with inequality and government corruption.

The Corruption Perceptions Index 2016 cited examples of how corruption and inequality have helped fuel growing populist movements around the world.

Many traditional politicians promise to get rid of corruption, but end up failing in the end, according to the report. This can cause unhappy voters to turn to populist candidates to "break the cycle of corruption and privilege," it added.

In many cases, the election of populist candidates worsens the same corruption that helped launch the populist movements, the report concludes.

"In countries with populist or autocratic leaders, we often see democracies in decline and a disturbing pattern of attempts to crack down on civil society, limit press freedom, and weaken the independence of the judiciary," said TI chairman Jose Ugaz.

The best and the worst

The watchdog ranked 176 countries on a scale of 0-100. Zero has the highest level of corruption, while 100 has the least corruption. Nearly 70 percent of all the countries scored below 50. 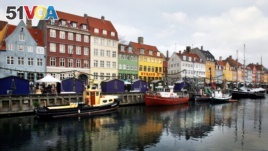 At the top of the list were Denmark and New Zealand, both with a score of 90. Finland came next with a score of 89, followed by Sweden with 88. The report said each of these countries had an open government, free press and independent judicial systems.

Coming in last was Somalia – with a score of 10 – which TI concluded had the worst corruption problems. It has received the lowest score for the past 10 years. The report cited corruption problems in Somalia's parliamentary and presidential elections.

TI said low-ranking countries were found to have police and court systems that are not trusted by the public. In addition, many of these nations lacked basic services because government money is mismanaged. Anti-corruption laws either do not exist or are ignored, and people often face extortion, the report added.

Two examples of nations that dropped on the list in recent years are Turkey and Hungary. The report said the reason was that both countries saw a rise in "autocratic leaders." On the other hand, Argentina improved in the rankings after electing a new president to replace a populist government.

The United States came in at number 18 on the list - down from 16 the previous year - with a corruption score of 74.

Finn Heinrich is the research director for Transparency International. He said the organization will be watching the direction of the U.S. government under President Donald Trump.

He said Trump had repeatedly promised to get rid of corruption in Washington, D.C., by "draining the swamp." However, Heinrich told the Associated Press, "the people in his Cabinet have many conflicts of interest. They are not people who stand for transparency."

Bryan Lynn wrote this story for VOA Learning English, based on reports from VOA News, the Associated Press, Reuters and Agence France-Presse. Hai Do was the editor.

privilege – n. a right or benefit given to some people and not to others

autocratic – adj. relating to a ruler who has absolute power

extortion – n. to get money from someone by threatening harm

transparency – n. the quality of being transparent, or clear