New Zealand Court Rules Suspect Can Be Extradited to China

Update Required To play the media you will need to either update your browser to a recent version or update your Flash plugin.
By Jonathan Evans
18 April 2022


New Zealand's top court recently ruled a man can be extradited to China to face a murder charge.

In a 3-2 decision, the court found that the accused, Kyung Yup Kim, could get a fair trial in China and would not be tortured.

Concerns over those issues have stopped most democratic countries from extraditing suspects to China in recent times. Like many other nations, New Zealand does not have an official extradition treaty with China. 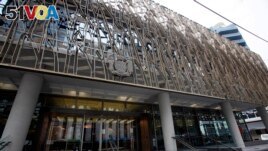 But Kim's lawyers said they would try to stop the extradition. First, they will make a complaint with the United Nations Human Rights Committee. Then, if needed, they would request a new judicial ruling based on Kim's poor health.

Lawyer Tony Ellis said Kim was very upset by the judgment. He said Kim is in a suicidal state because of his health issues. Those issues include severe depression, a small brain tumor, and liver and kidney disease.

Ellis said China may now begin to start extradition cases against people who have fled the country and been accused of economic crimes.

In making its decision, the New Zealand high court overturned an earlier appeals court ruling. Two judges on the top court had removed themselves from taking part in the new ruling. Before being promoted to the top court, they were members of the appeals court. Both had ruled against the extradition.

The high court found that China was able to guarantee that Kim would be jailed in Shanghai. New Zealand officials could monitor him from there before and during his trial. That would include visits at least every second day before his trial and at other times he requested.

China also told officials that Kim would serve his prison sentence in Shanghai if convicted.

The court found that "if no substantial grounds exist for believing an individual accused is at risk of torture...the individual should not avoid prosecution for a serious crime."

Kim was arrested in 2011 after China asked to extradite him on one charge of intentional homicide.

He was imprisoned in New Zealand jails for more than five years. He spent another three years under electronic monitoring.

According to court documents, Kim is a South Korean citizen who moved to New Zealand more than 30 years ago with his family when he was 14.

He is accused of killing 20-year-old Peiyun Chen in Shanghai. He was traveling to the city to visit a different woman who was his girlfriend at the time.

Chinese police say they have evidence linking Kim to the crime, including a bed covering found with the body.

Kim says he is innocent. Ellis said his defense case would be that his former girlfriend is responsible for the crime.

Jonathan Evans adapted this story for Learning English based on a report from the Associated Press.

extradite – v. to surrender an alleged criminal usually under the provisions of a treaty or statute by one authority to another having jurisdiction to try the charge

complaint – n. a formal allegation against a party

monitor – v. to watch or check for a special reason

promote - v. to move up in position or rank