Update Required To play the media you will need to either update your browser to a recent version or update your Flash plugin.
By Pete Musto
07 April, 2018


Private colleges and universities are growing in popularity around the world. One-third of all higher education students worldwide take classes at such schools. That finding is from a study published earlier this year in the journal Higher Education.

Experts say the number of students attending private colleges and universities has been increasing for many years. But the study, from the University of Albany, is said to be the most complete collection of information on private higher education yet.

The university's researchers studied information from the Institute of Statistics at the United Nations Educational, Scientific and Cultural Organization. They also used education records from national organizations in different countries and cross-border agencies. 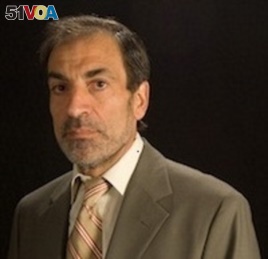 The researchers found that in the 192 countries named in the study, private colleges and universities enrolled 56.7 million students. That total represents about 33 percent of the world's higher education student population.

Daniel Levy says the findings provide evidence of interesting changes to the nature of higher education worldwide. Levy is the director of the Program for Research on Private Higher Education at the University of Albany. He also wrote the study.

Levy says that for hundreds of years, the United States was different from many other countries in terms of higher education.

Yet in recent years, private colleges and universities have become less popular in the United States than they once were, Levy notes. Private school enrollment was, at one time, higher in the U.S. than in any other country. Now, only 27.5 percent of American students attend a private institution, well below the international average. 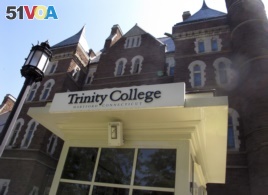 A building sits on the campus of Trinity College campus, a private college in Hartford, Connecticut.

Levy adds that private higher education has had a successful history in some places because of a lack of competition.

"In some of these regions, national independence wasn't achieved until the 1960s or afterwards," he told VOA. "And so, higher education systems weren't begun ... until that time. So it's not like there was always a very long history of public education before there was private higher education."

The growth of private higher education systems has resulted from several other factors, argues Harold Hartley. He is the senior vice president of the Council of Independent Colleges. His organization represents hundreds of private colleges and universities in the U.S. as well as several schools in other countries.

Hartley suggests that many Americans have begun to question the value of a liberal arts education. Yet liberal arts programs are, in part, what has made American higher education so popular around the world. And many newer, private institutions offer such programs as a way to train students in one area of specialization while also educating them in other subjects. Such schools often appeal to international students.

Hartley adds that as more and more people are attending college, public higher education systems in some countries are running out of space.

"The state governments, the national governments in these countries just simply can't keep up with the demand," Hartley said. "And so private institutions are stepping in to fill that void, and that's part of what's fueling this rapid growth."

But Philip Altbach says there is more to this issue than classrooms not having enough seats for all the students. Altbach directs the Center for International Higher Education at Boston College, a private Catholic research university in Boston, Massachusetts.

Altbach suggests there is now movement from public to private control of industries and different parts of modern life. People have grown dissatisfied with large governments and paying taxes in general, he says. But most public colleges and universities depend on government support. And with less tax money to spend, many governments have reduced that support in recent years.

However, U.S. officials have also faced problems in governing the private sector, says Altbach. He notes the rise of several private colleges and universities that only seemed interested in making a profit.

For example, Corinthian Colleges was a for-profit company that operated schools all over the country. In 2015, the government found the company guilty of lying to students about things such as how likely they would be to find a job after finishing their studies.

So, Altbach suggests that in order for the private sector to improve itself, private schools must be willing to find ways to punish the bad ones. There may not be one perfect way of doing so. But as the nature of higher education changes, so too must the laws surrounding it.

"In a way it's trying to get the private sector to contribute to the broader public interest," he said. "And that's not impossible. The United States has done it for several centuries. Only in recent times, with ... these for-profits, have we had real problems with that system."

In addition, Altbach admits that not every college and university can be the best in the world. But they do not need to be, he says. Private institutions need to work with each other and with government officials. In doing so, they can be open about their actions and create systems for governing the private education industry.

Pete Musto reported this story for VOA Learning English. George Grow was the editor. We want to hear from you. How do you think countries should govern private higher education? Write to us in the Comments Section or on 51VOA.COM.

enroll(ed) – v. to take someone as a member or participant

factor(s) – n. something that helps produce or influence a result

liberal arts – n. areas of study such as history, language, and literature that are intended to give you general knowledge rather than to develop specific skills needed for a profession

rapid – adj. happening in a short amount of time

sector – n. happening in a short amount of time