Update Required To play the media you will need to either update your browser to a recent version or update your Flash plugin.
By VOA
23 October, 2014


Clothing designer Oscar de la Renta died Monday at his home in the American state of Connecticut. He was 82 years old. His wife said he died of problems related to cancer.

Oscar de la Renta was born in Santo Domingo, the capital of the Dominican Republic, in 1932. His interest in women's clothing is perhaps not surprising – he grew up with six sisters. After he completed high school, de la Renta went to Madrid to study art. His first love was painting, but an interest in fashion design developed. 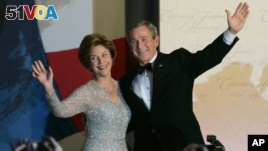 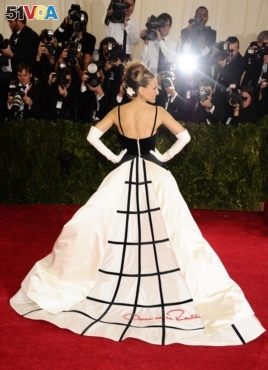 The young man found his first design job in Europe. But he did not stay long. He moved to New York City to work for the Elizabeth Arden company. In the late 1960s, he opened his own house of fashion design.

He became popular quickly in Hollywood and in the nation's capital. The first American first lady he dressed was the former Jacqueline Kennedy. De la Renta very close to President Ronald Reagan's wife, Nancy. Many of her fashions came from de la Renta.

Hillary Clinton was also a big fan. Ms. Clinton spoke in April at an event to honor Oscar de la Renta. She described him as "the man working for 20 years to turn me into a fashion icon."

Oscar de la Renta's style mixed romantic, feminine elements with a modern edge that included bright color. He once said that his love of rich colors came from his Hispanic roots. He called it his "island side."

Oscar de la Renta did not just work in the fashion industry. He was also a major supporter of the arts.

The designer discovered he had cancer in 2006. Last year, he spoke about that part of his life. He told a gathering at the 92nd Street Y organization in New York City that learning about his cancer made him "appreciate every single day of life." Michelle Obama was among several presidents' wives and movie stars who released statements of regret over the death of Oscar de la Renta. Nancy Reagan noted her 50-year friendship with the designer. She called him a "kind, gracious individual with a generous spirit who brought beauty and elegance to everything he touched."

wedding – n. a ceremony at which two people are married to each other

icon – n. a widely known symbol; a person who is very successful and admired

feminine – adj. of, relating to, or suited to women or girls