Update Required To play the media you will need to either update your browser to a recent version or update your Flash plugin.
By Mario Ritter
04 March, 2016


Today we tell a traditional American story called a "tall tale." A tall tale is a story about a person who is larger than life. The descriptions in the story are exaggerated – much greater than in real life. Long ago, the people who settled in undeveloped areas in America first told tall tales. After a hard day's work, people gathered to tell each other funny stories.

Pecos Bill was a larger than life hero of the American West. No one knows who first told stories about Pecos Bill. Cowboys may have invented the stories. Others say Edward O'Reilly invented the character in stories he wrote for the Century Magazine in the early 1900s. The stories were collected in a book called "The Saga of Pecos Bill," published in 1923.

Another writer, James Cloyd Bowman, wrote an award-winning children's book called "Pecos Bill: The Greatest Cowboy of All Time." The book won the Newbery Honor in 1938.

Pecos Bill had one of the strangest childhoods a boy ever had. It all started after his father decided that there was no longer enough room in east Texas for his family.

So they loaded up a wagon with all their things. Now some say they had 15 children while others say 18. However many there were, the children were louder than thunder. And as they set off across the wild country of west Texas, their mother and father could hardly hear a thing. 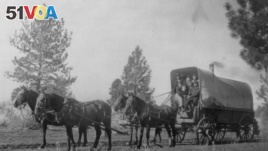 Now, Bill spent 17 years living like a coyote until one day a cowboy rode by on his horse. Some say the cowboy was one of Bill's brothers. Whoever he was, he took one look at Bill and asked, "What are you?"

So Bill set out across the rough country to find this gang of men. Well, Bill's horse soon was injured so Bill had to carry it for a hundred miles. Then Bill met a rattlesnake 50 feet long. The snake made a hissing noise and was not about to let Bill pass. But after a tense minute, Bill beat the snake until it surrendered. He felt sorry for the varmint, though, and wrapped it around his arm.

A huge cowboy, 9 feet tall, took one look at Bill and said in a shaky voice, "I was the boss. But you are the boss from here on in." 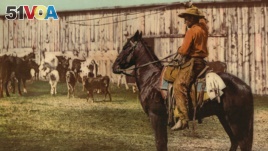 Now, Bill had a horse named Widow Maker. He got that name because any man who rode that horse would be thrown off and killed, and his wife would become a widow. No one could ride that horse but Bill.

And Widow Maker, in the end, caused the biggest problem for Pecos Bill. You see, one day Bill saw a woman. Not just any woman, but a wild, red-haired woman, riding a giant catfish down the Rio Grande River. 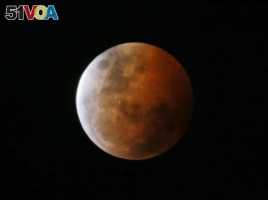 This tall tale of Pecos Bill was adapted for Learning English and produced by Mario Ritter. Your storyteller was Barbara Klein. The video was produced by Adam Brock.

debate - n. a discussion between people in which they express different opinions about something

varmint - n. (chiefly US, old-fashioned + humorous) an animal that is considered a problem

lasso - n. a rope with a loop that is used for catching animals (such as cattle or horses)

scorpion - n. a small animal related to spiders that has two front claws and a curved tail with a poisonous stinger at the end

make up one's mind - idiom. to decide on something