Update Required To play the media you will need to either update your browser to a recent version or update your Flash plugin.
By Bryan Lynn
26 April 2021


The U.S. Department of Defense has given a private company control over a massive part of its unused internet space.

The Florida-based company, identified in news reports as Global Resource Systems, now controls more than 175 million IP addresses belonging to the military. An IP address is a number given to each computer when it is connected to the internet.

The addresses have long been owned by the Defense Department, but were not being used by the agency. 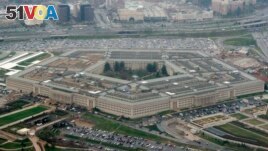 Experts in the computer networking industry had been wondering about the change, which happened the day President Joe Biden was sworn into office in January. Military officials made no official announcement about the move.

The huge number of IP addresses involved has been estimated to be about 1/25th the size of the current internet. It is also thought to be more than twice the size of the internet space actually used by the Pentagon.

"It is massive. That is the biggest thing in the history of the internet," expert Doug Madory told The Associated Press. He is the director of internet analysis at Kentik, a company that designs and operates computer networks.

The Defense Department confirmed the change in a statement by Brett Goldstein, chief of the Pentagon's Defense Digital Service, which is running the project.

The military hopes to "assess, evaluate and prevent" the "unauthorized use" of agency IP address space, the statement said.

It added that the "pilot project" also aims to identify possible "vulnerabilities" that could lead to internet attacks by international groups attempting to break into U.S. networks.

In addition to attempted attacks, the Defense Department has also experienced problems with outside groups or individuals taking over and using its internet space without permission. This happened, in part, because there has been a shortage of first-generation internet addresses since 2011.

Kentik's Madory said advertising the address space will make it easier to get rid of unauthorized users. It should also permit the military to "collect a massive amount of background internet traffic for threat intelligence," he added.

Some cybersecurity experts have suggested the Pentagon may be using the newly advertised space to create so-called "honeypots." These are machines set up with vulnerabilities to draw in internet attackers, or hackers.

The project could also be the start of a new system of software and servers set up to search internet traffic for suspect activity, the experts say. "This greatly increases the space they could monitor," Madory said.

A Defense Department spokesman did not comment on why the military chose Global Resource Systems to oversee the IP addresses. The company, which operates an office in Plantation, Florida, did not return phone calls or emails from The Associated Press seeking information.

A Defense Department spokesman told the AP that even with the current shortage of IP addresses, the Pentagon has no interest in selling any of its unused space.

The Associated Press reported this story. Bryan Lynn adapted the report for VOA Learning English. Susan Shand was the editor.

evaluate – v. to study or consider

monitor – v. to watch, observe, listen to, or check over a period of time