Update Required To play the media you will need to either update your browser to a recent version or update your Flash plugin.
By Marsha James
03 August, 2016

That is the voice of singer and songwriter BeBe Winans. His birth name is Benjamin but he is known to all as "BeBe."

Winans says music, God and family were the foundation of his upbringing.

At the age of 17, BeBe and his 15-year old sister Priscilla, called CeCe, left home for Pineville, North Carolina. They began their professional music careers as background singers on the popular Christian television show "PTL Club." PTL stood for Praise the Lord.

Winans says the hosts of the show, Jim and Tammy Faye Bakker, treated him and his sister as family. While there, the siblings recorded their first album, "Lord Lift Us Up," for PTL Records.

The brother and sister recorded five albums together. In 1995, they decided to seek individual careers. 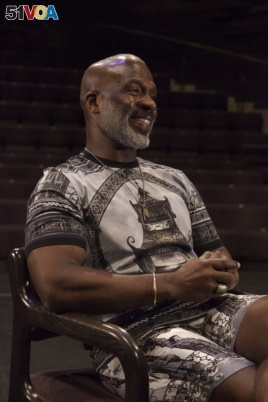 As a lyricist, BeBe Winans says he always knew he could express his spirituality in any song -- be it gospel or contemporary.

"I think what separated me in my writing with others is that I felt that I could talk about what God meant to me in every area of my life...in my relationships, in my family and in my work, in everything, in play, in every aspect of my life. So I was moved by songs that wasn't in the gospel category all my life. So, ‘Coming Back Home,' and ‘Love Said Not So' and ‘Lost Without You' and ‘In The Meantime,' you know, all those songs is reflective of my life."

BeBe Winans has several solo albums and six Grammy awards. He also has written and produced hit songs for others. And he is an actor and author. 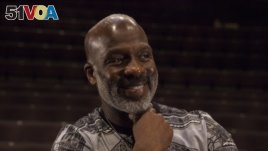 His latest professional undertaking is a musical about his life. Winans and family friend and director Charles Randolph-Wright together wrote "Born for This, The BeBe Winans Story."

The artist says it all began with a phone conversation with the singer-songwriter Roberta Flack.

"The musical started with a phone call. And that was a phone call with Roberta Flack. And we were talking about everything other than the musical, and right in the middle of the conversation she detoured and said, ‘BeBe, when are you going to write that musical about you and your family?' It's an American musical, it's a story, it's a film after that, and four days later, I'm at a hotel in Montreal. I walk in and I open up my laptop and it was like a faucet came on. And right then and there, I wrote the first draft of what now is 'Born for This.'" 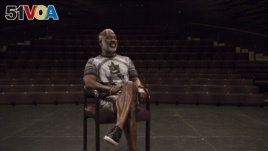 BeBe says "Born for This" explores his and his sister's personal and musical journey.

"It talks about coming of age of two young African Americans being thrust from a childhood up until that point of predominantly a black situation and then thrust into a world that was predominantly a white situation. So we endured racism, we endured a lot of things, but just a culture shock, you know. Different worlds, you know. It talks about finding myself. What's true about God and what's not true. What's philosophy and what's laws and what's reality. So, it's a journey in how music played a very important part in that journey."

The actors who play BeBe and CeCe Winans in "Born for This" know their subjects pretty well. That is because they are Winans themselves.

BeBe is happy about the family connection.

"It's been an absolute joy to see my niece Deborah Joy and my nephew Juan, who are brother and sister, playing a brother and sister who happens to be their uncle and aunt. It's hard to put in words how I feel when I see them knowing, just like my parents knew, there was some talent that they saw in us, so they nurtured that talent. I saw that talent in Juan and Joy when they were knee high. Now to see them, especially during rehearsals, it was funny to see how they learned a lot more about their aunt and uncle and what we with through when we were their age and even younger. And so, every time I see them on stage, I am just tickled, if I can say that.

The musical celebrated its world premiere on April 23 at The Alliance Theater in Atlanta, Georgia. Now, it has made its way to Washington, D.C. for performances at the Arena Stage.

Next time on People in America, we speak with Dr. Anthony S. Fauci, M.D. He is
Director of National Institute of Allergy and Infectious Diseases

foundation – n. something or someone that provides support for something

mainstream – adj. belonging to or characteristic of a principal or widely accepted group, movement, style

lyricist – n. a great person who writes the words of a song

solo – n. done without another person

undertaking – n. an important or difficult task or project

faucet – n. a device that is used to control the flow of water from a pipe

predominantly – adj. more important or noticeable than other people

rehearsal – n. an event at which a person or group practices an activity (such as singing or acting) in order to prepare for a public performance

tickled – v. to please or amuse someone or something