Pfizer to Share Its COVID Pill with Poor Countries

Update Required To play the media you will need to either update your browser to a recent version or update your Flash plugin.
By Dan Novak
16 November 2021


The drug maker Pfizer has signed a deal with a United Nations-supported group to permit other producers to make its experimental COVID-19 pill.

The agreement could make the medicine available to more than half of the world's population. 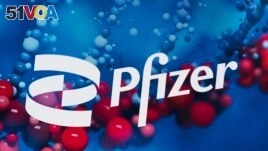 FILE: The Pfizer logo is displayed at the company's headquarters in New York, on Feb. 5, 2021.

In a statement released Tuesday, Pfizer said it would permit the Switzerland-based organization Medicines Patent Pool to produce the antiviral drug. That would let generic drug companies produce the pill for use in 95 countries. About 53 percent of the world's population live in those 95 countries.

The agreement does not include some countries that have struggled with large numbers of coronavirus deaths. For example, a Brazilian drug company could be permitted to make the pill for export to other countries, but the medicine could not be made for use in Brazil.

But health officials note that because the deal was reached even before Pfizer's drug has been approved anywhere, the agreement could help to end the pandemic sooner.

Esteban Burrone is head of policy at Medicines Patent Pool. He said, "It's quite significant that we will be able to provide access to a drug that appears to be effective and has just been developed, to more than 4 billion people."

He estimated that other drug makers would be able to start producing the pill within months. But he said he understands that the agreement may not make everyone happy.

"We try to strike a very delicate balance between the interests of the (company), the sustainability required by generic producers and most importantly, the public health needs in lower and middle-income countries," Burrone said.

As part of the agreement, Pfizer will not receive royalties on sales in poor countries. Royalties means money that is paid to the creator of a product based on how much of the product is sold.

Pfizer will also not get royalties on sales in any countries included in the agreement while COVID-19 remains a public health emergency.

Earlier this month, Pfizer said its pill cuts the risk of hospitalization and death by nearly 90 percent in people with mild to moderate coronavirus infections. Health experts said the company should stop its trials based on such good results.

Pfizer said it would ask the U.S. Food and Drug Administration and other agencies to approve the pill as soon as possible.

Since the pandemic started spreading last year, researchers around the world have worked to create a drug to treat COVID-19 at home and keep people out of the hospital. Currently, most COVID-19 treatments must be taken through the bloodstream.

Britain approved Merck's COVID-19 pill earlier this month. In a similar deal with the Medicines Patent Pool announced in October, Merck agreed to let other drug makers produce its COVID-19 pill. It is available in 105 poorer countries.

Doctors Without Borders said it was "disheartened" that the Pfizer deal does not make the drug available to the whole world. The group noted that the agreement announced Tuesday does not include countries like China, Argentina or Thailand.

Yuanqiong Hu is Doctors Without Borders. She said, "The world knows by now that access to COVID-19 medical tools needs to be guaranteed for everyone, everywhere, if we really want to control this pandemic."

Although Pfizer has agreed to share its COVID-19 drug, the company and others have not released their vaccine instructions for use in other countries. The World Health Organization in South Africa invited pharmaceutical companies to share online their messenger RNA vaccine instructions and technologies. But no companies have taken part.

Less than 1 percent of Pfizer's COVID-19 shots has gone to poorer countries.

The Associated Press reported this story. Dan Novak adapted it for VOA Learning English. Ashley Thompson was the editor.

experimental — adj. made or done in order to see how well something works

generic — adj. not sold or made under a particular brand name

significant — adj. large enough to be noticed or have an effect

sustainable — adj. able to be used without being completely used up or destroyed