Quit or Join the 'Rat Race'?

Update Required To play the media you will need to either update your browser to a recent version or update your Flash plugin.
By VOA
25 January 2020


Now Words and Their Stories from VOA Learning English.

Rats. They are not among nature's most loved animals.

However, rats help humans in many ways. They have been tested and re-tested for so many diseases and other issues -- all for the purpose of human health and happiness.

Rats have other uses, as well. For example, they can be trained to find explosives buried underground. 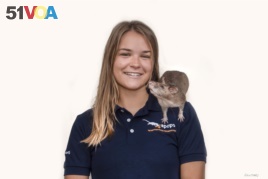 Despite all this, lots of people fear or even hate rats.

So, some people like rats. Some don't. However, when talking about English expressions, "rat" phrases almost all have a negative meaning.

Calling someone a "rat" is a big insult. When we "rat on" someone, we tell others something they did in order to get them in trouble. If an object is ratty, it is in poor condition. And we can simply say "Rats!" if something bad happens.

Today, we will talk about another bad rat expression: rat race.

This may sound like a running contest between rats. It is not. A rat race is a purely human situation.

If you are in a rat race, you are in a daily work routine that is extremely competitive, tiring and never-ending. Day after day, you compete for more power and more wealth against others wanting the same thing.

We can also use the term "rat race" to describe a person's struggle to gain the basics of life. This struggle is also out of their control. They are seemingly helpless against a way of life that is slowly killing them and their soul.

Some word historians say this expression comes from real rat races. These were sporting events held in the 1800s. People would bet money on the rats.

Others say it comes from the custom of testing rats in laboratory experiments. Scientists often study rats to see how they will react in different conditions.

During some of these experiments, scientists put rats in cages. They give them a winding path, or maze, to run. As the rats look for the reward -- in many cases a piece of cheese -- researchers place many obstacles in their way. The rat's race is full of struggles and exhaustion. And in the end, the race leads to ... nowhere.

The phrase "rat race" compares the competitive part of human work life and some of its struggles as being as pointless as the race of the rat. Leaving or quitting a rat race is the only way a person can win.

After being in the rat race for years and years, Steve can't wait to retire!

This rat-race* lifestyle is going to kill me! I don't have time to do anything I love anymore!

Chloe has no interest in joining the rat race. I think she is going to be a farmer.

And that is all the time we have for this Words and Their Stories.

In the Comments Section, let us know if you are stuck in a rat race, if you like being in the rat race or if you have avoided a rat-race kind of life.

routine – n. a boring state or situation in which things are always done the same way

soul – n. the spiritual part of a person that is believed to give life to the body and in many religions is believed to live forever : a person's deeply felt moral and emotional nature

maze – n. a confusing arrangement of paths or passages

obstacle – n. something that makes it difficult to do something

exhaustion – n. the state of being extremely tired