Update Required To play the media you will need to either update your browser to a recent version or update your Flash plugin.
By Pete Musto
06 May, 2017


Public colleges and universities in the United States depend heavily on financial support from the states in which they are located.

But a new report shows the level of support for these schools is still well below what it was ten years ago, before the great recession of 2008.

The State Higher Education Executive Officers association, or SHEEO, released the report in April. It looked at the average amount of money per student each state in the U.S. gave to its public universities for the 2016 fiscal year. It also looked at the national overall average of state spending per student on public higher education.

George Pernsteiner is the president of the SHEEO. He says the economic recession marked a difficult period for state funding of public universities.

Only five American states, Indiana, Montana, Nebraska, North Dakota and Wyoming, are still spending as much or more on public higher education as they were in 2008. Overall, the national average of per student spending is still 17 percent below what it was since the recession. 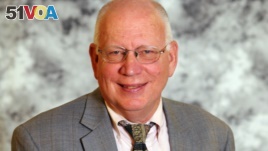 Pernsteiner says that state support of public higher education has long been an important part of American history. In 1862, the U.S. Congress passed the Land-Grant College Act. This gave federal lands to the states where they could build public universities to better educate their populations. Founding these schools meant the states were making an investment in their own future, he says.

"The reason they do it is to improve their society and economy. An educated population is viewed as necessary for both civic engagement and for economic development and growth. ... So in founding them, they have taken some responsibility for their operation and their support."

Some states have taken steps toward trying to get back to the pre-2008 levels of support for public colleges and universities. In fact, since 2012, the national average of state spending on public higher education began increasing.

However, 2016 marked the first change in that trend. The national average of state spending for public institutions was $130 less per student in 2016 than it was in 2015. This marks the first decrease in four years.

Why the decrease? Education spending in six large American states can greatly affect the national average. They are California, Texas, Florida, New York, Pennsylvania and Illinois.

In 2016, the state of Illinois reduced its funding of public higher education by 80 percent. This decrease is so large that if the study had not included Illinois, the national average would have shown an increase. 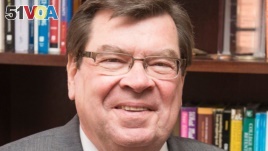 Larry Dietz is the president of Illinois State University, the oldest public university in the state. He says state funding normally covers 18 percent of the university's budget. However, for the past two years, the state governor and the state legislature have been unable to agree on a state budget. This means public institutions in the state have only received the smallest amount of financial support possible.

Dietz says his school has had to leave 120 non-teaching jobs unfilled because of the cuts. He notes that any state in the U.S. needs to consider what cuts like this mean for their local economies. Also, they should consider for how they are viewed nationally.

"The overall question that elected officials really need to ... answer is, ‘What do they want higher education ... to look like in the future?' When I was a student, I would say the entire system of education in Illinois was probably in the top five in the nation. I don't know that we are anymore."

Richard Ekman is the president of the Council of Independent Colleges, an organization that represents almost 700 private colleges in the U.S.

He says states should allow students to use state scholarships at private colleges and universities. This would let more students make use of the opportunities in private schools that they might not otherwise be able to pay for.

"State governments need to recognize if they have private colleges in their state with underutilized capacity, that the first thing they should do is to make sure that those institutions remain viable. If they do, chances are they will need to spend fewer tax dollars to keep higher education opportunities available for the residents of the state."

Ekman notes that the first colleges and universities founded in the U.S. were private. Since most private colleges are in the north, he says, the states have built new colleges to serve the growing number of students in other parts of the country.

Pete Musto reported this story for VOA Learning English. Hai Do was the editor.

We want to hear from you. How much do you think your government should pay to support public universities? What is the balance like between public and private universities in your country? Write to us in the Comments Section or on 51VOA.COM.

fiscal year – n. a 12-month period used by a government, business, or organization to count how much money is being earned or spent

founding – v. to begin or create something that is meant to last for a long time

civic – adj. relating to citizenship or being a citizen

scholarship(s) – n. an amount of money that is given by a school or organization to a student to help pay for the student's education

capacity – n. the ability to do something