Update Required To play the media you will need to either update your browser to a recent version or update your Flash plugin.
By Pete Musto
14 October, 2017


Terri Tchorzynski works hard to help young people in the American state of Michigan succeed after they complete high school.

Tchorzynski is a school counselor at a special public school called the Calhoun Area Career Center in Battle Creek, Michigan. There, students in their final two years of high school take classes that relate directly to industries in which they might work someday.

Tchorzynski makes students' plans after high school a priority, whether they expect to attend college or enter the workforce.

Tchorzynski uses many tools to help her students. She makes regular presentations on issues such as financial aid. She offers special tests to help identify qualities in the students' personalities and how those qualities might relate to a job or field of study. And she also directs students to websites that provide information on colleges and universities. 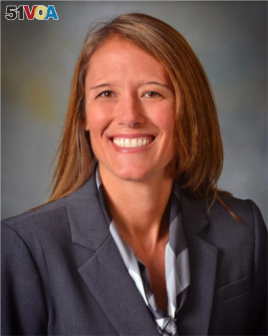 But, a new study finds that many Americans who either completed a degree program or attended at least some college are unhappy with their high school counselors. They do not feel the advice that their counselors provided about higher education was all that helpful.

Tchorzynksi says a lack of personal attention may be one reason why students are unsatisfied.

But she notes that most school counselors are in a difficult position. They have more to do than just provide college advice to students. Also, she says, many counselors across the United States are overworked.

"In Michigan, we're about 750 students to one school counselor...The American School Counselor Association says it should be 250 to one. But that's not the case...So I would say that some school counselors are probably in a spot where maybe they cannot provide the individual services...getting the students exactly what they need."

Not all advice is created equal

The Strada Education network is a nonprofit organization that supports the growth of higher education in the United States. Last year it partnered with the research company Gallup to ask over 22,000 Americans about their experiences with college. Researchers focused on where people received advice about what field to study in college, and how helpful the advice was.

There are the formal sources, such as school counselors, websites and print media.

There are informal school-based sources, such as teachers and other staff.

There are informal social networks, such as friends and family.

And there are informal work-based networks, such as bosses and co-workers.

The study showed that formal sources of advice about what to study in college were the second most commonly used, after informal social networks.

Brandon Busteed is executive director of education and workforce development at Gallup. He says it is surprising that current and former students find what some might say are the most traditional sources of advice to be so lacking.

How formal sources can improve

Johnny C. Taylor Jr. is the president of the Thurgood Marshall College Fund. His organization supports historically black colleges and universities, or HBCUs, across the United States. Taylor helped connect the Strada and Gallup researchers with minority communities.

Taylor suggests that in addition to being overworked, counselors may also simply have limited knowledge. He argues that many school counselors mostly have professional experience in education. Therefore they may not always know the best way to go about becoming a chemical engineer or graphic designer, for example.

The limits of counselors' knowledge is why schools need to strengthen relationships with both local employers and national professional organizations, Taylor says. These connections can provide counselors with the most up-to-date information about what a job in a given field requires. Counselors can then pass that information to students.

In addition, relationships with professional groups might give students a chance to meet with employers and ask important questions themselves. 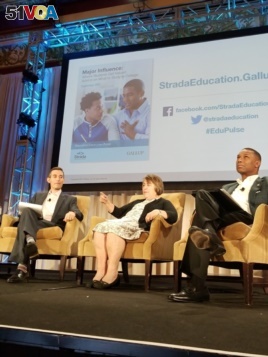 Taylor says those connections are especially important for poor and minority students, whose exposure to people with high skilled jobs may be limited.

"Many of them are first generation. And as first generation students, they simply don't have engineers, doctors, lawyers in their families to give them this advice. The result is that they make really, often times, poor...college going decisions and ultimately have a certain level of regret about what schools they chose, which majors they chose when they did go to school, and, ultimately, what careers they found themselves in."

Also, Taylor notes, school counselors need to pay better attention to some other considerations when giving advice. He admits that school counselors do the best they can to get students into college. But they do not often talk about the difficulties of finding a job in some fields, or the consequences of heavy student debt, he says.

Tchorzynski, Busteed and Taylor all agree that, in the end, the amount of time and effort that students put in will decide how happy they are with their decisions. But students still need to be pointed in the right direction.

Pete Musto reported this for VOA Learning English. Kelly Jean Kelly was the editor. We want to hear from you. What do you think are the most helpful sources of advice about college? If you are a current or former college student, what are some regrets you have about the first decision you made in the process? Write to us in the Comments Section or on 51VOA.COM.

counselor – n. a person who gives help and advice to students about educational and personal decisions

advice – n. an opinion or suggestion about what someone should do

social network(s) – n. the collection of personal relationships a person has with other people

major(s) – n. the main subject studied by a college or university student

consequence(s) – n. something that happens as a result of a particular action or set of conditions