Study: Half of Teens Say they Use Internet Nearly all the Time

Update Required To play the media you will need to either update your browser to a recent version or update your Flash plugin.
By Bryan Lynn
17 August 2022


New research suggests that nearly half of American teenagers say they use the internet "almost constantly."

The United States-based Pew Research Center released a study this month. It found that the share of teens who say they are online almost all the time rose from 24 percent in 2015 to 46 percent.

The results were based on a Pew public opinion study carried out from April 14 to May 4. The study involved 1,316 teens aged 13 to 17 years old. 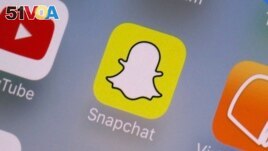 The research found that about 95 percent of American teens have smartphones.

The study also asked teens about their social media behavior. It found that the number of teens using Facebook has dropped to 32 percent, down from 71 percent in 2015.

The research shows that teens have moved away from Facebook to spend time on the video sharing services YouTube and TikTok. About 95 percent of teens said they use Google-owned YouTube, while 67 percent said they use TikTok.

"A quarter of teens who use Snapchat or TikTok say they use these apps almost constantly, and a fifth of teen YouTube users say the same," the study said.

The research found that teen boys are more likely than teen girls to use YouTube, or the services Twitch and Reddit. Teen girls were more interested in using TikTok, Instagram and Snapchat. In addition, higher shares of Black and Hispanic teens reported using TikTok, Twitter and WhatsApp compared to white teens.

Experts in online technology behavior have accused large technology companies of targeting teens with methods to get them to spend more time on their social media services. One method uses algorithms to repeatedly suggest content to keep users on the services for longer periods of time.

Child rights groups and U.S. Congress members have warned that heavy use of social media services can harm the mental health of young users. They have called on large technology companies to take steps to reduce such harm.

Several services – including Instagram, Snapchat and TikTok – have introduced features that they say are designed to make their services safer and more fitting for young users.

The tools do offer some help, such as blocking unknown individuals from messaging children. But experts say the measures also come with weaknesses. For example, teens can get around limits if they lie about their age. The services also largely depend on parents to enforce rules. And the measures do little or nothing to limit inappropriate and harmful material suggested by algorithms.

"These platforms know that their algorithms can sometimes be amplifying harmful content, and they're not taking steps to stop that," said Irene Ly. She is a privacy advisor at the nonprofit group Common Sense Media based in San Francisco, California. Ly said the more teens keep scrolling, the more involved they get in the services.

She added that the longer teens spend on the services, the more profitable the technology companies become. "I don't think they have too much incentive to be changing that," Ly said.

Bryan Lynn wrote this story for VOA Learning English, based on reports from Pew Research Center, The Associated Press and Agence France-Presse.

quarter –n. one fourth of something

inappropriate – adj. not suitable or right for a particular situation

platform –n. a company or service that permits someone to tell a large number of people about ideas or products

amplify – v. to make a feeling or opinion stronger or clearer

scroll – v. to move text or an image on a computer screen to get to a part you want to see

incentive –n. something that encourages a person to do something or to work harder