Suicides and Drug Overdose Deaths Push Down US Life Expectancy

Update Required To play the media you will need to either update your browser to a recent version or update your Flash plugin.
By Susan Shand
29 November, 2018


Suicides and drug overdoses were two reasons for an increase in the number of deaths in the United States last year. They also were partly to blame for a continuing decrease in how long Americans are expected to live.

The Centers for Disease Control and Prevention reports that there were more than 2.8 million deaths nationwide in 2017. That is nearly 70,000 more than in 2016. It was the most deaths in a single year since the U.S. government began counting more than a century ago.

The Associated Press says the increase is partly a result of the nation's growing, aging population. But it is deaths in younger age groups — especially middle-aged people — that have had the biggest effect on life expectancy, experts said. 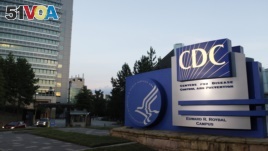 FILE - A general view of the Centers for Disease Control and Prevention (CDC) headquarters in Atlanta, Georgia, Sept. 30, 2014.

The "statistics are a wake-up call that we are losing too many Americans, too early and too often, to conditions that are preventable," said CDC Director Robert Redfield.

The report, called "Suicide Mortality in the United States, 1999-2017," was based on government records. It found that the suicide death rate last year was the highest in at least 50 years. There were more than 47,000 suicides, up from a little less than 45,000 the year before.

For a long time, U.S. life expectancy rates were increasing, rising a few months nearly every year. Now, life expectancy is decreasing. It fell in 2015, stayed the same in 2016, and decreased again last year, the CDC said.

The nation is in the longest period of decreasing life expectancy since the early 1900s, when World War I and influenza combined killed nearly 1 million Americans. In 1918, average life expectancy was 39 years.

Barring the unusual experience of the early 20th century, "we've never really seen anything like this," said Robert Anderson, a CDC official.

Among the nation's 10 leading causes of death, only the cancer death rate fell in 2017, while 7 other causes increased. They include suicide, drug overdose, diabetes and Alzheimer's disease.

Heart disease remains the number one killer, and the death rate from heart disease has stopped falling. In years past, reductions in heart disease deaths were enough to serve as a counterbalance to other causes of death, but that is no longer true, Anderson said.

CDC officials did not try to explain the cause of decreasing life expectancy, but a disease prevention expert thinks the cause is hopelessness.

William Dietz is with George Washington University in Washington, D.C. He suggested that financial struggles, inequality and divisive politics are all depressing many Americans. "I really do believe that people are increasingly hopeless, and that that leads to drug use, it leads...to suicide," he said.

That's not quite cause for celebration, said John Rowe, a professor of health policy at Columbia University in New York.

"Maybe it's starting to slow down, but it hasn't turned around yet," Rowe said. "I think it will take several years."

Susan Shand wrote this story for Learning English. George Grow was the editor.

overdose – n. an amount of a drug or medicine that is too much and usually dangerous

statistic – n. a number that represents a piece of information

synthetic – adj. made by combining different substances : not natural

influenza – n. a common disease that is caused by a virus and that causes fever, weakness, body aches, and breathing problem