Syria, Russia Denounce US Threat of Strikes Against IS Militants

Update Required To play the media you will need to either update your browser to a recent version or update your Flash plugin.
By VOA
11 September, 2014


Syria, and its ally Russia, say President Obama's plan of launching airstrikes against Islamist State militants in Syria would be an act of aggression.

Ali Haidar is the Syrian Minister of National Reconciliation Affairs. He spoke to reporters in Damascus after Mr. Obama's speech Wednesday. Mr. Haidar said "any action of any type without the approval of the Syrian government is an aggression against Syria."

The official added, "there must be a Syrian approval of any action whether it is military or not." He said foreign countries could not use the Islamic State group as an excuse for attacking Syria.

Alexander Lukashevich is a spokesman for Russia's Foreign Ministry. He said U.S. strikes against militants in Syria without that country's permission and a U.N. Security Council decision would violate international law. 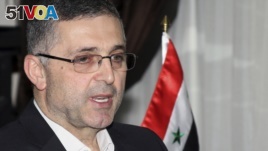 Secretary of State John Kerry said the United States was displeased by Russian reaction. He said the U.S. hopes that "Russia will come to see that ISIL really represents a threat to them, too." 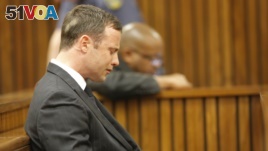 Oscar Pistorius, who was found not guilty in the shooting death of his girlfriend, Reeva Steenkamp, cries in the dock in Pretoria, South Africa, Sept. 11, 2014.

In South Africa, Judge Thokozile Masipa cleared champion runner Oscar Pistorius on two charges of premeditated, or planned, murder. Ms. Masipa said lawyers failed to prove that Mr. Pistorius meant to kill his girlfriend, model Reeva Steenkamp. The judge did not rule yet on the third lesser charge of murder. She suspended the trial for the rest of the day.

Oscar Pistorius shot and killed Ms. Steenkamp at his home February 14th. He says he thought he was shooting someone who broke into his house.

Philippine officials have presented ancient maps to dispute China's territorial claims over almost all of the South China Sea.

The officials said China's southernmost territory was Hainan Island for almost 1,000 years leading up to the early 20th century.

ally – n. a nation or person joined with another for a special purpose

excuse – v. to take away blame; to pardon; to forgive; n. a reason (sometimes false) for an action

suspend – v. to cause to stop for a period of time