Update Required To play the media you will need to either update your browser to a recent version or update your Flash plugin.
By VOA
30 July, 2015

The Taliban did not indicate when Mullah Omar died. On Wednesday, the Afghan government said he died two years ago.

Earlier Thursday, the Pakistani government said Afghan peace talks would be postponed at the request of the Afghan Taliban.

The Nigerian army said Thursday it rescued 59 women, children, and older men who had been captured by Islamic militants.

The officials say many Boko Haram militants were killed in the rescue operation. The army also said it seized weapons and vehicles.

The latest voter study shows American businessman Donald Trump with a big lead in the Republican Party presidential race. The Quinnipiac University national poll has Mr. Trump in the lead with 20 percent. Wisconsin Governor Scott Walker is next with 13 percent. Former Florida governor Jeb Bush comes in third with 10 percent.

The number of Republican candidates has grown to 17. Former Virginia governor Jim Gilmore entered the race on Wednesday. 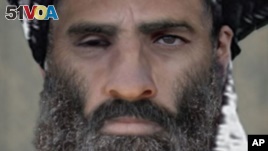 US opens investigation of lion kill

The United States government said Thursday it would investigate the killing in Zimbabwe of a protected lion. An American man, Walter James Palmer, hunted and killed the beloved lion known as Cecil.

U.S. investigators said they had not been able to reach Mr. Palmer, a dentist in Eden Prairie, Minnesota.

Also, President Obama's administration said it will examine a U.S. public request to send Mr. Palmer to Zimbabwe for legal action. An administration official said the petition had more than 100,000 signatures.

indicate – v. to show (something)

hideout – n. a place where someone (such as a criminal) hides to avoid being found or captured

signature – n. a person's name written in that person's handwriting