Telecommunications Deal Gets Attention of US Lawmakers, Candidates

Update Required To play the media you will need to either update your browser to a recent version or update your Flash plugin.
By Mario Ritter
24 October, 2016


The United States Senate plans to hold hearings next month on a plan to join two of the country's largest media companies.

Senators want to hold hearings on AT&T's proposal to buy Time Warner for more than $85 billion in cash and stock shares.

AT&T has been one of the world's leading companies in developing technology. Its roots go back to the invention of the telephone in the 19th century. Today, AT&T provides phone, television and internet services to Americans through the businesses it owns. 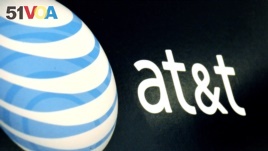 Telecommunications company AT&T wants to buy multimedia company Time Warner for about $85 billion. U.S. lawmakers want to make sure the deal does not harm competition.

Time Warner is a major communications and entertainment company. It provides cable television services, cable stations and a film studio.

The proposed deal raises concerns that the combined company will control too much of the American media industry. Federal and state governments have antitrust laws to guarantee competition and limit a company's control of an industry or market.

Senators Mike Lee of Utah and Amy Klobuchar of Minnesota are members of the Senate antitrust committee. They say the deal would potentially raise antitrust issues.

The senators say they have "carefully examined consolidation in the cable and video content industries to ensure that it does not harm consumers."

The two lawmakers are from opposing political parties. Lee belongs to the Republican Party, while Klobuchar is a Democrat.

The business deal would be the biggest in the world this year, according to the Reuters news agency.

The deal is already a campaign issue. A spokesman for Democratic presidential candidate Hillary Clinton said there are many questions and concerns about the proposal. He said more information is needed.

Her Republican opponent, Donald Trump, said Saturday he would block the deal if elected.

"It's too much concentration of power in the hands of too few," said Trump.

The U.S. Justice Department decides whether the federal government should use block a business deal joining major businesses within an industry.

AT&T is the second-largest wireless phone service company in the U.S.

The heads of both companies have praised the deal.

In a statement, AT&T Chairman and Chief Executive Officer Randall Stephens said, "The new company would deliver what customers want." AT&T said the combined company will save money while expanding the reach of its services.

Jeff Bewkes, Time Warner's chief, said combining with AT&T would speed up the company's ability to provide information to its consumers. He added that it would create more chances to meet the growing demand for video.

The board of directors of both companies have already approved the deal.

Shareholders of Time Warner will be asked to vote on the offer for their stock.

Kenneth Schwartz reported this story for VOANews. Mario Ritter adapted his report for Learning English. He also used reporters from Reuters and the Associated Press. George Grow was the editor.

Do media companies have too much power? Tell us what you think in the comments section below.

studio – n. a company that makes movies; a building or complex where movies are made

consolidation – n. the process of combining into one

concentration – n. to bring together in one place

cash – n. ready money; money paid for goods or services at the time of purchase

entertainment – n. the act of performing for people