Tenured Positions at US Public Universities Are Under Attack

Update Required To play the media you will need to either update your browser to a recent version or update your Flash plugin.
By Pete Musto
25 February, 2017


The idea of tenure has long been important to American higher education.

In the 1700s, religious groups operated most colleges in the United States and, before that, Britain's North American colonies. Often, college officials would remove employees who spoke about subjects that were in conflict with the school's teachings. By the late 1800s, it became common for individuals who gave large amounts of money to a college to have powers similar to those officials.

Then, at the start of the 20th century, the presidents of three private universities decided their professors needed more protection. The three universities were Harvard University, Columbia University and the University of Chicago. The presidents felt professors needed the freedom to explore difficult issues, which would, in turn, help better educate students. So they created a system to reduce the ability of donors to influence the removal of professors. This system is called tenure.

After World War II, most U.S. colleges and universities established tenured teaching positions. A tenured position was meant to last as long as a professor chose to teach at the school that offered it. But during the 1950s and 1960s, some American professors were dismissed for expressing their political beliefs.

Then in 1972, the U.S. Supreme Court decided a case involving tenure. The court ruled that a tenured position must be based on a written contract between a professor and a school. It also decided that any school wishing to end a professor's tenure had to do so through a process similar to a trial.

But some people call tenure a "guaranteed job for life" for professors, and, in some cases, a waste of money.

One of tenure's critics is Rick Brattin, a member of Missouri's State House of Representatives. Last month, he proposed a measure that, in part, bans tenure for anyone who starts teaching at a public university in Missouri after January 1, 2018.

Brattin says he proposed his bill because the costs of higher education have risen too high. He calls tenure at public universities "un-American" and an unnecessary cost to taxpayers.

Tax money helps pay for operating costs at public universities, including professors' wages. Brattin argues that once professors earn tenure, they often care less and less about how well they teach.

"You cannot tell me that every tenured professor is absolutely doing everything to the fullest extent, that's not even possible. So to have a system in place that protects that person with a guaranteed lifetime employment, it works against itself. Because then we have no ability to shed those who just shouldn't have made the cut, but they slid in and now they have this protection." 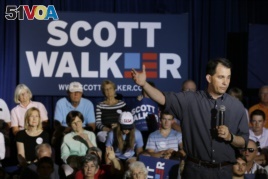 Brattin is not alone in his opposition to tenure. Iowa Senator Brad Zaun has proposed banning it in his state. And Wisconsin Governor Scott Walker weakened tenure protection laws for the University of Wisconsin in 2015.

Not every professor receives tenure. When a university offers a position to a teacher, that teacher is first called an "assistant professor." This means they are on the path to tenure, and must spend the next 7 or more years proving themselves. It means they must prove their teaching abilities and the value of their research. After that period, school administrators and other tenured professors in the same field decide if the candidate should receive tenure. Then, if approved, that person becomes an "associate professor."

In 2013, the American Association of University Professors (AAUP) reported that the number of tenured positions at U.S. schools has dropped since 1975. Beginning in 1915, the AAUP was one of the first organizations of college professors to fight for academic freedom.

Brattin claims some professors seek tenured positions so they can enjoy employment for life. He adds that giving tenured professors power to judge tenure candidates makes no sense. In no other industry do members of that industry police each other, he says. And no other business guarantees a job for as long as an employee wants it.

Yet at least one other part of American society makes this promise: U.S. federal judges can hold their position for life. 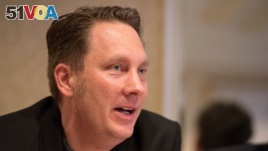 Banning tenure would work if every university administrator was completely interested in protecting their professors, he says. But that is not always the case. For example, the AAUP criticized Louisiana State University last year after the school removed a tenured professor of 14 years for making "inappropriate statements."

Tiede argues it is the job of professors to challenge, and sometimes even shock students to get them to think differently. Banning tenure at a given university will only weaken that school in the end, he says.

And, Tiede says, once a professor earns tenure and becomes an associate, their work is not over. They can still work to earn the higher position of "full professor" and beyond. Also, professors are not the main reason costs have gone up, Tiede says. The real reason, he argues, is the growing number of school administrators and their salaries.

However not all professors want a guarantee of life-time employment. James Wetherbe is a professor of information technology at Texas Tech University. He has also earned tenure from four different schools, and rejected it every time. 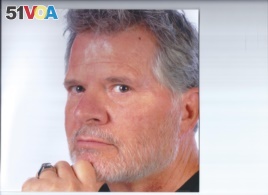 Wetherbe agrees with Brattin that the current tenure system can lead to professors caring less about the quality of their teaching. He also notes the First Amendment of the U.S. Constitution guarantees freedom of speech. Public university professors who feel they have been punished for what they say or do can take legal action. This is true with or without tenure.

Wetherbe suggests a new system in which associate professors apply for a new, unbreakable contract every three years. Full professors would do the same every five years.

"If you're doing a good job, then you're in good shape. Now, can you get caught in a political situation? Can you get caught up in a freedom of speech or academic freedom issue? Yes, you can. But ... most faculty can deal with an administration that's out of line within a five-year period."

Wetherbe says that schools will want to avoid any damage to their public image. For example, Mount St. Mary's University removed a tenured professor for comments he made against an administrator in February 2016. The university then removed that administrator and renewed the professor's position a short time later.

We want to hear from you. Is tenure a common practice at universities in your country? How do you think tenure might be changed to operate better? Write to us in the Comments Section or on 51VOA.COM.

tenure – n. the right to keep a job, especially the job of being a professor at a college or university, for as long as you want to have it

donor(s) – n. a person or group that gives something such as money, food, or clothes in order to help a person or organization

contract – n. a legal agreement between people, companies or organizations

extent – n. the point or limit to which something extends or reaches

shed – v. to get rid of something

make(s) no sense – idm. to be unfair, hard to understand, or have bad judgment

challenge – v. to test the ability, skill, or strength of someone or something

salaries – n. amounts of money that employees are paid each year

apply – v. to ask formally for something such as a job, admission to a school, or a loan

out of line – idm. behaving in a way that breaks the rules or is considered inappropriate

renew(ed) – v. to cause something to continue to be effective or valid for an additional period of time