The Last Places on Earth without Coronavirus

Update Required To play the media you will need to either update your browser to a recent version or update your Flash plugin.
By Hai Do
30 April 2020


Is there any place on earth not affected by COVID-19?

The Reuters news agency found that 214 countries and territories have had at least one case of COVID-19, the disease caused by the coronavirus. Of these, 190 have also had the virus spread within their communities. There have been deaths in at least 166 countries.

By the end of April, 33 countries and territories have not reported any cases of new coronavirus infections. Just because a nation has not reported an infection does not mean there have been no cases there.

For example, North Korea has not reported any coronavirus cases. The country is bordered by China, Russia and South Korea. All three are dealing with a large number of cases, suggesting the virus may have made it into the secretive state. 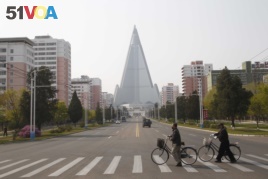 Most of the places that have not reported a case are small and hard-to-reach island nations in the Pacific Ocean. They have names like Nauru, Tuvalu, Pitcairn, Tokelau and Niue. They are also some of the least-populated places in the world.

American Samoa, Vanuatu, Micronesia, and Solomon Islands also count themselves among the coronavirus-free places in the Pacific.

In Europe, many countries and territories started to report cases of the virus from late February to early March except for two island areas. The Aland Islands are off the coast of Finland and Svalbard and Jan Mayen Islands north of Norway are two island territories with few people living there.

Hard-to-reach islands in the South Atlantic with no reported virus cases include South Georgia and the South Sandwich Islands.

All countries in the Americas and the Middle East have had at least one case of COVID-19. By March, the virus started to reach Africa but appeared to spare the islands of Comoros and Saint Helena.

The new coronavirus has infected more than 3 million people around the world. It is blamed for nearly 230,000 deaths and it has damaged the economies of countries and territories worldwide.

As the outbreak continues in surrounding nations, some islands have closed their borders and taken measures to prevent the spread of the deadly virus.

Gurman Bhatia and Manas Sharma reported this story for Reuters. Hai Do adapted it for VOA Learning English. Mario Ritter Jr. was the editor.

Countries and territories without any cases of COVID-19

spare –v. to not harm or destroy something