The Passive Voice with 'Get'

Update Required To play the media you will need to either update your browser to a recent version or update your Flash plugin.
By Alice Bryant
21 March, 2019


Have you ever gotten invited to a wedding? If so, who got married -- or will get married? Where was the wedding and did you have fun? I went to two weddings last year – one in New York and one in Connecticut. Getting dressed up can be a lot of fun, at times.

In spoken English, the verb get sometimes replaces the verb be in passive sentences. We call this the "get-passive" and you just heard me use it several times as I talked about weddings.

Use of the get-passive is considered conversational. But it is sometimes the better choice, even in written English. It can provide a clearer meaning.

And I am getting excited about today's program. So let's get started!

First, here's a quick refresher on active and passive voice.

The get-passive has two structures: get + adjective and get + past participle.

For both structures, the verb tense of get changes based on whether you're talking about the present, past or future.

Let's first talk about get + adjective. 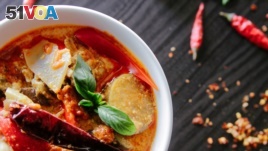 Food can get cold, get hot or get warm. Some foods (like bread) get hard in the microwave. These are all examples of get + adjective.

The verb get can be followed by some adjectives to express the idea of change or becoming something. We use this structure for people and things. We can talk about the weather getting hot or getting cold, for instance. A person can also get dressed up, get nervous, get hungry, get rich or get sick.

Here's an example with the adjective hungry:

What time are we meeting for lunch? I am getting hungry.

Notice the use of get in the present continuous verb tense.

Get + hungry is such a fixed English collocation that it sounds unnatural any other way. Saying, "I am becoming hungry," for instance, sounds so unnatural that the listener might be unsure of its meaning.

Get can also be followed by the past participle – the form of a verb that usually ends in -ed or -en.

The verb get expresses action so, for this structure, we use it with action verbs. Action verbs express physical or mental action. They include such verbs as break, eat, choose and marry.

His brother got married last year.

Married is the past participle of marry.

And, you remember this one from earlier:

My favorite cup got broken.

Broken is the part participle of break.

For the get-passive, we do not use stative verbs, such as know, believe, say and understand. You cannot, for example, say, "The speaker will get understood."

However, depending on what is said, the get-passive can offer clarity between an action and a state. Take the sentence, "His brother was married last year." Does the speaker mean his brother's wedding happened last year? Or that his brother had a spouse last year, but does not now?

So, the get-passive can help bring attention to specific details about a person or action. For that reason, we often use it to talk about something either desirable, unexpected or negative.

Here is another example of a desirable event:

Vanessa got promoted to program director!

We also use it to talk about things that are negative or unexpected, as in this:

Please be careful. You don't want to get hit by a car.

And, of course, this next thing is both undesirable and unexpected:

But, sometimes, the get-passive serves none of these purposes. Sometimes, we simply use it to express everyday things in a conversational way. For instance, someone might ask:

What time does the mail get delivered?

And lastly, the get-passive in used in some expressions, like some you already heard – get married, for example – plus others, like get lost, get done, get ready and get dressed. Some are idiomatic while others are simply collocations. But they are so fixed in English that to say them another way would be terribly hard on the ears.

Whew! I'm getting winded. I had better stop here. Remember to leave a comment on our website. We want to hear about that wedding you got invited to!

dress up – v. to put on or wear formal clothing

collocation – n. use of certain words together

spouse – n. a husband or wife

hack – v. to secretly get access to the files on a computer or network in order to get information or cause damage

idiomatic – n. relating to expressions that cannot be understood from the meanings of its separate words but has a meaning of its own

Now, you try it! Choose one or both of the exercises below to practice the get-passive. Write your responses in the comments section.