Touch: One Word, Many Uses

Update Required To play the media you will need to either update your browser to a recent version or update your Flash plugin.
By VOA
20 February, 2016


Hello and welcome to Words and Their Stories!

Touch is one of our five senses. It is our only language before birth -- as we develop inside our mothers. Later, touch is important when we are young children learning about the world. On our program today, we explore expressions involving the word "touch."

Reunions are a great time to touch base or stay in touch with people in your past. Today, come with us as we visit an imaginary college reunion and learn some touchstone expressions.

It has been 10 years since a group of friends left college. Many of them have been out of touch with each other. But others have stayed in touch.

Now, let us listen as two friends talk about the party they are about to attend. 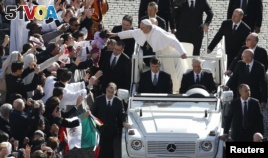 Pope Francis leans out to touch a child's head as he arrives in Saint Peter's Square for his inaugural mass at the Vatican, March 19, 2013. (REUTERS PHOTO)

"Michael, hello! How are you?"

"It has! I can't believe we graduated college 10 years ago. It still feels like yesterday."

"I know. It will be so nice to see old friends. I've stayed in touch with many. Have you?"

"No. When I moved across the country, I lost touch with most of the people we graduated with."

"Steve. I wonder if he's still as touchy as he was in college. He would get angry over the smallest comment."

"I actually worked with him on a project recently and he's not that sensitive anymore. Marriage, however, is a touchy subject. His wife just left him. So, don't bring that up."

"I'm so happy to see her. She was in a really serious car accident last month."

"Yeah, it was touch-and-go for a couple of weeks. Doctors were not sure if she would survive."

"Oh, wow. I've been so out-of-touch with this group. Well, I'm glad to see she is OK. I cannot believe it -- Anthony came! I thought he was overseas."

"Anthony was always a little too touchy-feely - always touching women too much in a really strange way. I actually had to hit his hand once!"

"That is a good thing. I see Natasha is here. She just wrote a book about her work as a midwife. Book reviewers have called it a touching story. She is said to have a magic touch when it comes to helping women give birth."

"Good for her. And I see she is still married to Gregory. He is also doing well -- in publishing, I believe. He is said to have the Midas touch. Every book deal he touches turns to gold."

"I could use a little of his Midas touch. With the economy in such a touchy state, it would be helpful if everything I touched turned to gold."

Let us know what you think about the program. Write to us at LearningEnglish@voanews.com.

reunion – n. an organized gathering of people who have not been together for a long time

touchstone – n. something that is used to make judgments about the quality of other things

Midas touch – n. an uncanny ability for making money in every venture

touchy – adj. easily hurt or upset by the things that people think or say about you