Update Required To play the media you will need to either update your browser to a recent version or update your Flash plugin.
By Hai Do
18 March 2022

These bank accounts are now getting attention as nations establish sanctions against Russia and its leaders.

The SBA disclosure is rare for a country where generations of rich people from around the world have placed their money. 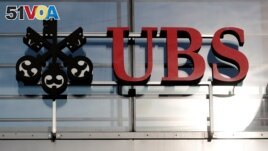 For years, Switzerland has stayed neutral in worldwide conflicts. During that time, its bankers have refused requests for information.

After the Russian invasion of Ukraine, Switzerland announced that it would follow economic measures established by the European Union. The government ordered a freeze of all money that belongs to over 200 Russian individuals and groups.

Mattea Meyer is a member of the Swiss National Council. She said Switzerland must stop Russians with ties to President Vladimir Putin and his government from getting the money. "The money and their activity ... help finance the war," she said.

The Russian wealth of $213 billion in Swiss banks is greater than the value of all economic activities, or GDP, of more than 150 nations. It is larger than the GDP of countries like New Zealand, Greece and Hungary.

However, the SBA said the amount was very small compared to the overall wealth held in Switzerland. Many rich individuals consider the country a safe place to keep their money.

The organization said in an email to Reuters that it added up to a "low single-digit percentage" of offshore wealth in Swiss banks. Offshore describes something held in a foreign country.

Other experts have said that, based on public information, the Swiss banking system could deal with limits on Russian money.

Switzerland's biggest bank, UBS, said its exposure to Russian money is "limited." But more sanctions and new restrictions could keep the bank busy.

Hai Do adapted this Reuters story for VOA Learning English with additional materials.