Have We Entered a New Geological Period?

Update Required To play the media you will need to either update your browser to a recent version or update your Flash plugin.
By Ashley Thompson
30 August, 2016

For almost 12,000 years, Planet Earth has been in what is called the Holocene Epoch. This geological era started after the last ice age. Human civilizations developed during this warm period.

But, geology experts now say the Holocene period is over.

We are in a new geological era, they say, and have been since around 1950. This era is marked by the huge effects humans have had on the planet. 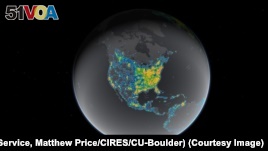 Some scientists are calling for a new geological time period called an epoch to be declared. The new epoch is marked by the ability of humans to affect the planet.

Scientists have been calling this new era the Anthropocene Epoch. The prefix anthro comes from the Greek word anthropos, which means human.

A group of experts at the International Geological Congress presented a report on the Anthropocene era this week in Cape Town, South Africa. They recommended officially declaring a new geological era.

Their statements quickly became a trending topic on social media.

The group ClimateMama posted on Facebook, "We have entered Anthropocene, the age of man's dominance over our planet...Can we learn to be thoughtful caretakers?"

Some called it "terrifying" that humans have so strongly affected the planet.

Twitter user Lexie described the change as "incredible and terrifying at the same time."

Many others on social media and beyond shared those thoughts.

Ashley Thompson adapted this report. Caty Weaver was the editor.

prefix - n. a letter or group of letters that is added at the beginning of a word to change its meaning

dominance - n. power and influence over something or someone